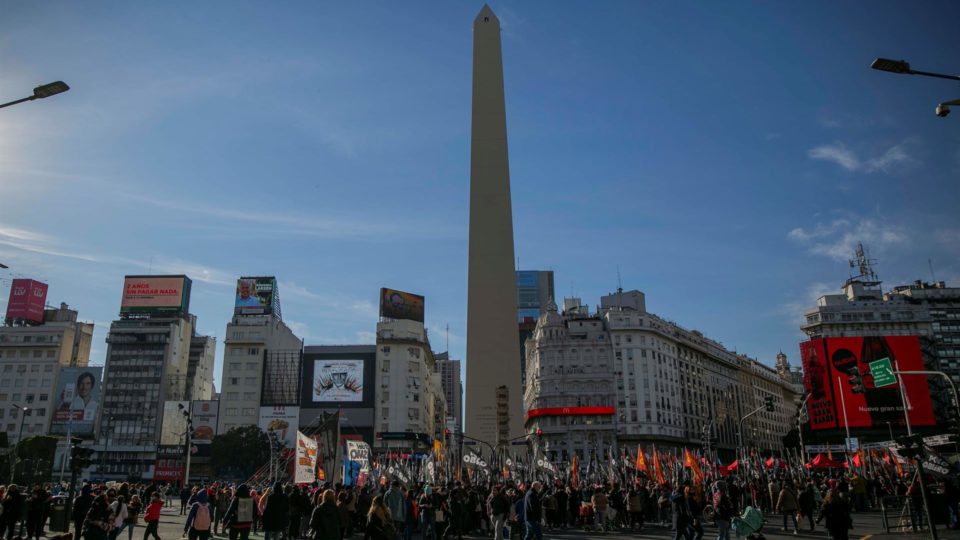 The Argentine government on Wednesday asked young people not to leave the country and not to “give up” despite the economic crisis that the country has been going through since 2018, with high inflation and poverty that already reaches more than 40% of population. the country.

“Don’t go, Argentina is starting to turn the page, not only of the pandemic, but also of the disillusion and despair of the last government (of Mauricio Macri). Don’t go and don’t give up,” he said. Head of the Cabinet of Ministers, Santiago Cafiero, in front of a predominantly young audience during the presentation of the “Te sumo” program, which promotes the integration of young people into small and medium-sized enterprises.

In a campaign tone and alongside the pre-candidates for the mid-term legislative elections, Cafiero defended the role of the Argentine government in the fight against the pandemic. The program announced today targets young people, one of the groups least interested in the upcoming elections in Argentina and those of most concern to the government of Alberto Fernández.

Cafiero pointed out that employment and production rates are increasing after restrictions adopted to contain the Covid-19 pandemic, and cited as an example the investment rate, which, according to official data, increased by 14% in the first trimester.

“We have already started to emerge from the pandemic crisis, from the employment crisis generated by the closure of healthcare policies. It has happened all over the world and here too. We are already moving forward, employment and production levels are already exceeding those of 2019, “he added.

According to Cafiero, the objective of the Argentine government is to generate “tools so that young people have opportunities”. “I was told that in Argentina, if you made an effort and trained, you would get a job, and that is not happening,” he said.

The “Te sumo” program (“Te incluo”, in free translation) aims to promote the employment of young people aged 18 to 24 in small and medium-sized enterprises, who will benefit from a tax reduction and receive financial support state for the payment of wages during the first 12 months after the hiring of the young people.