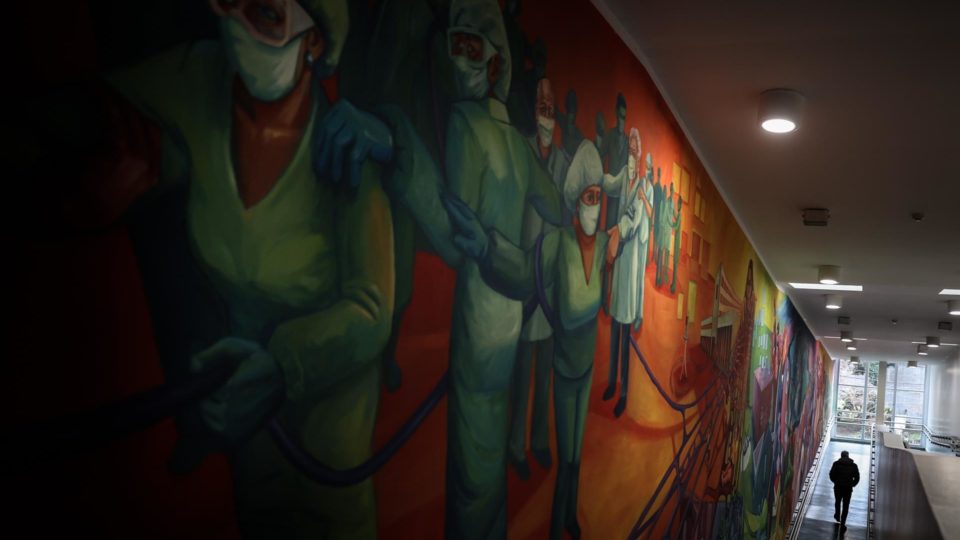 The Argentine government on Thursday declared five days of national mourning after the country surpassed 100,000 dead by Covid-19, a period during which the national flag will remain hoisted at half mast in all public buildings. The measure was announced by a decree published in the Diário da República, in which the government expresses “its deepest condolences to the families of the deceased”.

Likewise, various personalities in the country have expressed their sorrow at the death toll, including the main Argentinian newspapers, which today publish special covers in their editions. In the political sphere, several personalities, mainly from the opposition, spoke about the death toll, blaming the policies of the administration of Alberto Fernández.

The national deputy and president of the Congress of the Juntos por el Cambio bloc, Mario Negri, asked the government “to let itself be helped”. “It is a day of mourning for the country. The Covid-19 pandemic has claimed the lives of 100,000 Argentines. It is a painful price that places Argentina among the worst indicators in the world. I hope the government will let itself be helped so that we can avoid a greater tragedy, ”he posted on his Twitter profile.

MP Luis Petri also used the same social network to link the deaths to “government negligence”. “A government that has improvised since the arrival of the coronavirus and that, through negligence, thousands of families have lost their loved ones to whom they have not even been able to say goodbye,” he published.

Former President Mauricio Macri has been very critical of the government-ordered quarantine to contain the spread of the pandemic. “Quarantine was a wonderful excuse to crush us daily and submit when they move freely, inside and outside the country they are not isolated for a day,” he said in an interview with Radio Miter.

Maduro reiterates his support for Daniel Ortega, the Nicaraguan dictator

Indian jailed for 15 months in US money laundering case

Around the world by metro |

How to manage our Apple ID in System Preferences with macOS