an overview of violence in Venezuela 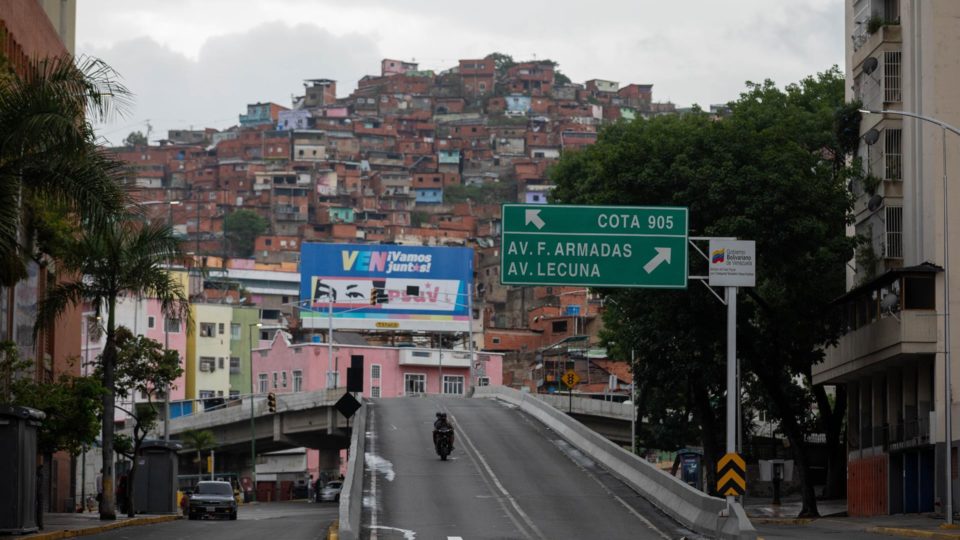 Entrance to the Cota 905 neighborhood in Caracas, July 9. Residents of areas most affected by shootings in Venezuelan capital forced to flee their homes | Photo: RAYNER PEÑA R./Agência EFE / Gazeta do Povo

Thirty-three is the death toll of the police operation carried out in Cota 905, a poor neighborhood of Caracas, capital of Venezuela, in early July. More than 3,000 police officers took part in the three-day action to capture criminals from a mega-gang that dominated the area and attacked the headquarters of the Bolivarian National Guard that week.

Arrests and seizures took place, but the main thugs – among them, the famous El Koki and his allies “El Vampi” and “El Garbis” – managed to escape, despite the reward of 1.5 million. US dollars for information leading to the arrest. the trio. Most of the deaths, according to the Victim Monitor – a journalistic investigation project – were caused by stray bullets and extrajudicial killings. According to Victim Monitor, only four victims were criminals.

The intense exchange of gunfire that took place at the time in Caracas reminded us of the deterioration of the security state in Venezuela 20 years after the rise of the Chavez regime. Megaquadrilhas, like those operating at Cota 905, have mushroomed across the country and dominate areas where there is no police presence.

There are currently at least 13 mega-gangs, comprising between 100 and 300 members, operating in Venezuela, Iván Simonovis, a Venezuelan criminal science expert, told Gazeta do Povo. Some of them are internationalizing, as is the case of Tren de Aragua, who was born in the state of Aragua, but whose presence has already spread to other countries, such as Ecuador. and Peru, where criminals from this organization have been captured.

For Simonovis, a policy adopted by the Chavez regime in 2012 has been one of the pillars of the growth of criminal activity in the country, especially in urban centers: the creation of so-called “zones of peace” . As part of this program, the government has proposed that criminals surrender their guns and, in return, receive financial incentives to set up legitimate businesses. But what happened, in practice, was that the police were prevented from entering areas controlled by these criminals, who still used the money to buy more weapons, according to journalistic investigations.

The intention of the dictatorship, according to Simonovis, was to strike a deal with the criminals so that a possible popular mobilization against the regime would be stifled, as the police would not be able to control this situation in the most remote areas of Caracas. .

Other specialists on the subject agree that “peace zones” have ended up strengthening mega-gangs. Politics “gave power to neighborhood gangs under the modality of the politics of understanding, the seed that gave birth to the permissiveness of gangs to evolve,” said sociologist Luis Cedeño, executive director of Associação Paz Ativa, at El Universal newspaper.

For Fermín Mármol García, a Venezuelan criminal lawyer, the structure of crime in the country has changed a lot over the past 21 years. “The criminal map in Venezuela is very complex these days,” he said in a recent interview with journalist Ríos Lugo. “We have structures of violent organized crime that control territories in urban and rural areas, ideological and non-ideological courts, national and foreign, which do not care about anonymity and have great weapons,” he explained. expert, noting that the levels of violence in Venezuela are very high.

In addition to mega gangs, other types of criminal structures are active in the country, according to Simonovis: armed groups, which operate under the tutelage of dictator Nicolás Maduro and number around 14 in the country; drug trafficking organizations, the best known being the Cartel de los Soles, controlled by the Venezuelan military; the guerrillas, as dissidents of the FARC (Revolutionary Armed Forces of Colombia) and the ELN (National Liberation Army); and also the presence of terrorist groups.

Regarding the guerrillas, Simonovis says the FARC has at least 200 troops in at least eight Venezuelan states, while the ELN has a much larger presence, with more than 2,000 members operating in 12 Venezuelan states.

Regarding terrorist groups, he explains that Venezuela has become a place where they come to launder money – not to carry out attacks. “The greatest proof is the presence [na Venezuela] of an Iranian airline called Mahan Air, sanctioned by governments like Germany and England to be a company that lends itself to transporting weapons and terrorists to different parts of the world. This airline has landed in Puerto Cabello at least 17 times and we don’t know why, ”said the expert.

“We have the entire length of our country dedicated to sheltering, with the consent of the regime, criminals of all kinds,” he concluded.