An Italian military transport plane shot down at Kabul airport 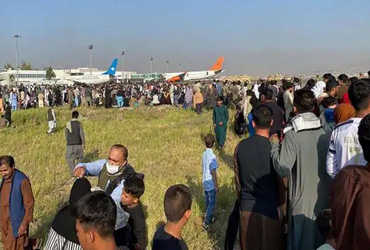 An Italian military transport plane has been shot down from Kabul airport, the capital of Afghanistan. The Ministry of Defense of Italy has given this information quoting a source. The source said that the aircraft was not damaged in the incident. The incident comes at a time when several countries, including the US, have warned of a terror attack at the Kabul airport and asked their citizens to stay away.

An Italian journalist traveling on the flight told Sky24TG that there were about 100 Afghan civilians on board, but it was shot down minutes after takeoff. It was not immediately clear who was behind the shootout. A warning of an Islamic State attack on Kabul airport has also been issued.

Ever since the Taliban captured Kabul, several countries, including the United States and Italy, have been evacuating their citizens. Army planes are also being used for this. Apart from itself, India is also engaged in evacuating Hindu and Sikh Afghan citizens. This mission has been named ‘Devi Shakti’.