An Indian man has been arrested in America for cheating an elderly person of 3 lakhs. 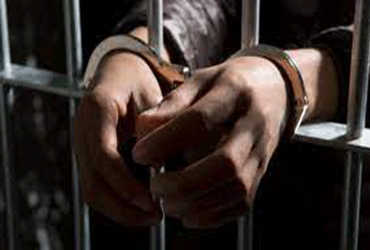 Washington: In New Jersey, law enforcement agencies in the United States have arrested an Indian man claiming to be a representative of the US Department of Fraud Prohibition and extorting at least 500,000 from the elderly. Ashish Bajaj, arrested on fraud charges, was produced before US District Magistrate Joy L Webster for the Central District in North Carolina on Tuesday.

For the offense the Indian can be punished with a maximum sentence of 20 years or a fine of 2.5 million

For this offense, he will be punished with a maximum punishment of 20 years and Rs 25 lakh or double the amount of cheating or damage to people.

According to court documents, Bajaj along with his co-conspirators earned at least 500,000 by representing US Fraud Prohibition with US-based banks, from April 2020 to July 2021. It mostly targeted elderly victims. He told the victims that he worked with the fraud departments of several financial institutions and approached them for help as their bank accounts were hacked.

During the investigation, officers identified several victims, including victims in New Jersey and California. The complaint alleged that the accused and his accomplices took advantage of the elderly victims by posing as trusted bank employees to nab the fraudsters.