Amid fears of a Russian invasion of Ukraine, Biden warned of dire consequences if he attacked. 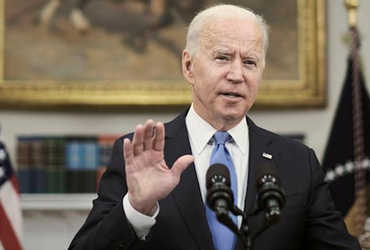 The White House says Biden and Putin have ended talks on Ukraine because the United States says private information indicates Russia could invade in a short period of time. Biden has told Putin that Russia’s invasion of Ukraine would result in widespread human suffering. Biden told Putin that the United States would continue its diplomacy on Ukraine but was equally prepared for other scenarios.

Efforts to ease the crisis and tensions in Ukraine through telephone diplomacy failed on Saturday. The White House has said Russia will face “immediate and dire consequences” if it attacks. Russian President Vladimir Putin has dismissed Western claims that such a move could surface, according to a Russian readout of a call with French President Emmanuel Macron. He said the idea was called provocative speculation that could lead to conflict in the former Soviet Union.

An all-out offensive could begin any day after Washington’s warning. Tension has increased. Russia has been besieging its western neighbor with more than 100,000 troops since launching its largest-ever naval exercise across the Black Sea.

According to the White House, US President Joe Biden told Putin that if Russia attacked Ukraine, the United States, along with its allies and partners, would react decisively and that Russia would face an immediate and dire situation.