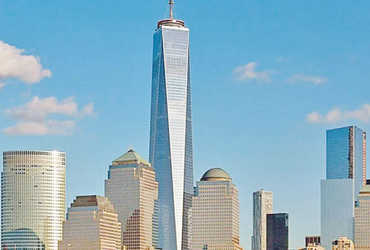 Washington: The World Trade Center in America will be lit with the Indian tricolor on August 15. Apart from this, two other famous buildings of New York City will also be bathed with tricolor light. The 75th anniversary of India’s independence is to be celebrated on a large scale by 4.5 million Indians living in the United States. Indians are soon going to start celebrating this Independence Day.

The South Asian Engagement Foundation said it is working with the Durst Organization to tricolor light up the 408-foot-long and 758-ton complex of the World Trade Center. As part of the celebration, a building in the dust installations in Bryant Park and a building in mid-town Manhattan will be bathed in tricolor light. The Indian tricolor will be visible from the podium of the World Trade Center.

This is a historic moment for the 1.4 billion people of India and the 4.5 million Indians living in the United States. We are going to gather in large numbers at Times Square to celebrate the occasion,” said FIA President Ankur Vaidya. He said that the 60 square feet national flag would be hoisted on a 25 feet high pillar.

Top politicians from Maryland and Virginia will also participate. Niren Choudhary, CEO, Panera Bread in Boston, will be the chief guest at the India Day festival organized by the India Association of Greater Boston. Thus, thousands of Indian Independence Day celebrations are going to be held across America.