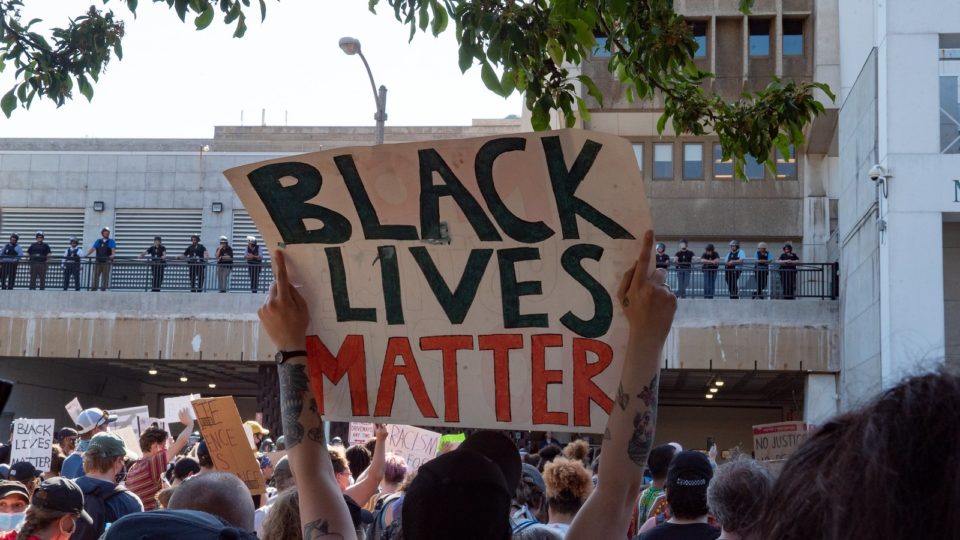 Majority of Blacks and Minorities in the Country Say they Support the Investigation of the Black Lives Matter Extremist Movement | Photo: Joe Brusky

A national Rasmussen Reports survey conducted by phone and online July 16-18 found that 66% of Americans believe the National Congress should investigate the violent Black Lives Matter protests that took place in 2020.

According to the report, last year the extremist movement staged at least 574 protests involving acts of violence, including looting, depredation, assaults, arson and attacks on police officers – during the period, more than 2,000 security forces, many of them black, suffered injuries as a result of the attacks. The protests began after the assassination of George Floyd on May 25, 2020.

The poll finds that only 21% of the American population think that Congress should not investigate the acts of violence of Black Lives Matter; 13% said they did not have a definitive opinion.

In all racial groups, the majority opinion is in favor of an investigation of the protests. Among blacks, the percentage of favorable is 64%; among whites, the number is 67%; among Hispanics, 66%. As for supporters of the country’s two main political parties, among Republicans, 75% support the survey – while among Democrats the number corresponds to 60%.

63% of those polled believe that those participating in the 2020 riots and looting should be criminally charged; 62% believe that authorities who minimize acts of violence deserve to be criticized; 65% disagree with Black Lives Matter activists who claim that the US flag and pro-police “Thin Blue Line” flags are symbols of racism; 65% believe President Joe Biden and Vice President Kamala Harris should meet with the family of Police Captain David Dorn, who was murdered while protecting a business enterprise from looters, as they did to the family by George Floyd; 53% believe Congress should award medals to security forces who have defended their cities from looters and violent rioters in 2020; 76% believe that young people should learn to obey the police rather than resist or escape from prison.

Commenting on the data from the investigation, the National Police Association (NPA) said the omission by U.S. authorities regarding the violent Black Lives Matter protests was critical to the increase in crimes committed.

“When mayors in towns where violent riots occurred in 2020 refused to allow police to immediately stop the crimes that were taking place, it sent a message to criminals across the country that crimes would be allowed and that criminals would not be affected. , ”The NPA said in a statement.

“Many elected officials from both parties and at all levels have adopted the same attitude. They didn’t apologize to their citizens for not following the law, but they accused the police of systemic racism, saying the police needed reform and their budgets had to be cut, ”Betsy said. Brantner Smith, spokesperson for the NPA.

The popularity of the extremist movement, which justifies criminal acts like defending the black cause and other minorities, has been declining since last year. The same institute that conducted the survey that found that the majority of Americans want Black Lives Matter investigated found, in a study conducted in June last year, that 62% of people of the country had a favorable opinion on the movement. A year later, a Yahoo News / YouGov survey concluded that the situation had turned and that the majority of the population no longer approved the move – only 42% of Americans said they had a favorable opinion on Black Lives Matter .

The main cause of the drop in approvals was the usual acts of vandalism – in September 2020, a US Crisis Monitor investigation found that 91% of violent riots in the country were linked to the movement.

The news of the enrichment of its founders also weighs against the group. In April, Black Lives Matter co-founder Patrisse Khan-Cullors purchased a 222 square meter house with an exterior surface area of ​​around 1,000 square meters, worth US $ 1.4 million (equivalent to over 7 million reais) in Los Angeles. The news drew a lot of criticism, mainly because the movement was, in theory, anti-capitalist.

At the time, Hawk Newsome, the leader of an anti-racist group in New York City that is not affiliated with Black Lives Matter, called for an investigation to see how the movement is spending its money.