American writer and journalist Janet Malcolm has passed away 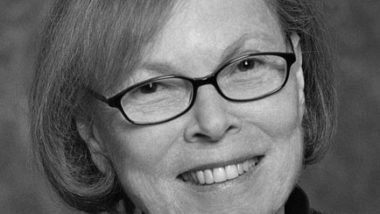 Janet Malcolm, a curious and courageous author and journalist known for her provocative critiques on everything from murder cases and art to journalism itself, died this Thursday at the age of 17, aged 86. According to the New York Times, the cause of death was lung cancer.

Author of several influential books and magazine stories, the Prague-born professional practiced a sort of postmodern style in which she called attention to her own role in the narrative, wondering if even the most attentive observer could be trusted. She had worked for The New Yorker magazine since 1963.

“Any journalist who is not too dumb or too self-absorbed to notice what is going on knows that what he is doing is morally indefensible”, so she began “The Journalist and the assassin ”, published in Brazil by Companhia das Letras. The 1990 book attacked Joe McGinniss’ crime classic “Fatal Vision” as the main case of the author misleading its subject, who was convicted murderer Jeffrey MacDonald.

Reviewing a 2013 anthology of his work, “41 False Beginnings” for the New York Times, Adam Kirsch praised Malcolm for “a powerful and highly entertaining literary experience.” “Most of the pieces in the book show Malcolm observing artists and writers of the present (David Salle, Thomas Struth) or the past (Julia Margaret Cameron, Edith Wharton),” Kirsch wrote. “But what the reader remembers is Janet Malcolm: her cold intelligence, her psychoanalytic talent for perceiving and her talent for withdrawing in order to allow her subjects to hang themselves in their own words.”

In Brazil, the book “A Mulher Calada”, a profile on poet Sylvia Plath, and “Anatomia de um Jugamento”, on Janet’s criminal justice investigation, have also been published.