America will destroy Khorasan with the help of Taliban, this air strike will not stop 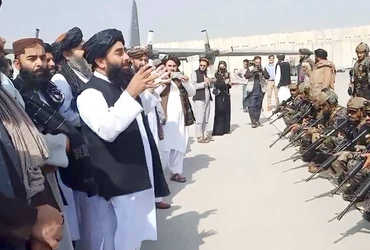 – Taliban’s future in Afghanistan cannot be predicted from now

According to US Army General Mark Milley, the United States may conduct air strikes against Islamic State terrorists in Afghanistan. This can be done in future by cooperating with the Taliban. “The Taliban is a brutal organization and it is still the same as it was decades ago,” said Mark Milley. However, the future of the Taliban in Afghanistan is uncertain. We have to keep an eye on Afghanistan and Taliban for the next few days.

According to a US military official, the US and the Taliban had professional relations at a time when the US Recently saved millions of lives. Because, the Taliban had prepared a safe route for American citizens to the airport.

Notably, the US carried out airstrikes against ISIS-K even before it left Afghanistan. ISIS-K attacked Kabul airport in which 13 US soldiers were killed.