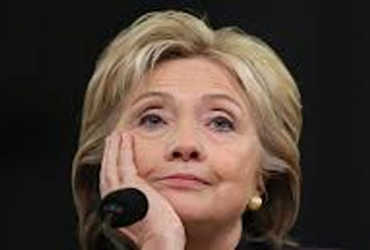 Courtesy of American Republicans and Democrats, and Reagan

America also provided billions of dollars, weapons and training to the people we fought 20 years ago.

Washington: The Taliban’s occupation of Afghanistan is being considered as the biggest erosion of America’s credibility in the world.

The Taliban victory has heated up US politics, and President Joe Biden’s decision to withdraw troops from Afghanistan has drawn sharp criticism.

In a recent interview with former US Secretary of State Hillary Clinton and a video clip that went viral on social media today, she clarified that the Taliban were American born. According to him, when Russia invaded Afghanistan and established its dominance over the whole of Afghanistan, oil spilled in America’s belly.

The United States could not allow Russia to dominate the whole of Central Asia, so then-President Ronald Rigg decided to enlist the help of Pakistan’s military, its intelligence agency ISI, and local fighters to drive Russia out of Afghanistan.

Surprisingly, Reagan’s decision was unanimously applauded by the US Congress and lawmakers from both Republicans and Democrats. America went to Pakistan according to Reagan’s plan,

He took the help of his army and ISI and recruited local Mujahideen as fighters. By training them in state-of-the-art weapons, stringer missiles, military commandos, the United States prepared an entire army of Mujahideen and sent them to fight against Russia, which was occupying Afghanistan.

These Mujahideen forces drove Russia out of Afghanistan, giving success to the American plan. After this, America said goodbye to Afghanistan. The United States has left unarmed Mujahideen fighters trained with state-of-the-art weapons.

This led to a kind of chaos in the Mujahideen and this situation gave birth to the Taliban and the Afghan problem. The United States didn’t get much but lost billions and billions of dollars, but was glad to see Russia expelled from Afghanistan and nurtured the arrogance of political leaders.

we reap as we sow

We were so blinded by this joy of success that no one could see what the consequences would be in the future. The US government, political analysts and scholars have all forgotten that it will be America’s turn to reap the harvest.

The Mujahideen, who were ousted by the US, were staunch fighters of radical Islamist ideologies that later emerged as the Taliban and have occupied what is today Afghanistan, a major challenge to world peace.