America called on this Brahmastra to eliminate the mastermind of Kabul attack, India also interested in buying 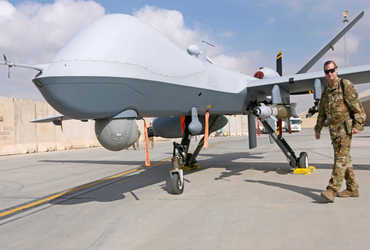 The US has said that the mastermind of the suicide attack outside Kabul airport and an Islamic State terrorist were killed in a drone strike.

The US has used a drone named Ripper for the attack. Ripper Drone has proved to be an infallible weapon for America and with time this Brahmastra is becoming even more lethal.

According to a newspaper report, 2000 attack drones will be purchased in the world in the next 10 years. India has also shown interest in buying Ripper drones. The United States recently asked India to clarify its position on the ₹3 billion deal.

Ripper drones can fit lethal weapons. It also includes laser-guided and air-to-surface Hellfire missiles. Since the laser is guided, the aim of this missile is precise. The drone is also capable of dropping bombs up to 1700 kg.

Here are some other features of the Ripper Drone

It is operated by 2 remote pilots and a sensor operator.

Its tank can be filled with 2200 liters of fuel

The maximum speed is 368 kilometers per hour.