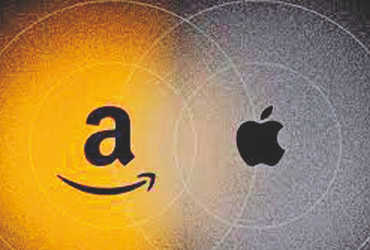 – Germany persuaded Amazon to change the rules two years ago

New Delhi: Italy has imposed a fine of 23.23 crores i.e. more than Rs 1,800 crores on American tech companies Amazon and Apple. They have been fined for adopting uncompetitive rituals. Both Apple and Beats products have been fined for their non-competitive approach to sales. Manufactures Beats Audio products. According to an agreement between the companies, select resellers could only sell Apple and Beats products on Amazon’s Italian site. Competition watchdog said it was a clear violation of EU rules.

Officials fined Amazon 6.68.7 million and Apple 13.134 million. It also called for the lifting of restrictions on Apple and Beats products on Amazon.it.

Apple, however, denied any wrongdoing and said it was planning a final appeal. Apple said it ensures customers receive original products for purchase. For this they constantly work with reseller partners. For this they have a special team. He works with law enforcement, clients and merchants. This ensures that the customer gets the same Apple product.

When Germany launched an investigation against Amazon in 2018, the investigation was launched following a complaint by Seller against Marketplace and was completed the following year. It forced Amazon sellers to change the general terms of business and also promised to make other changes to address competition concerns. Germany recently made a major upgrade to its competition law on digital platforms. This allows German officials to scrutinize the market power of both tech giants.