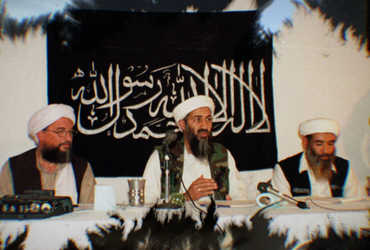 Al Qaeda called America the kingdom of Satan. At the same time, the victory of the Taliban was considered an inspiration for the exploited people of the world.

Al Qaeda on Tuesday congratulated the Taliban on their victory in Afghanistan. The congratulatory message called for the “liberation” of Kashmir and other so-called Islamic lands from the clutches of the enemies of Islam. This goodwill message from Al Qaeda has drawn a line of concern for India.

After the withdrawal of US troops from Afghanistan, the Taliban announced that Afghanistan had achieved complete independence. Hours later, al-Qaeda sent a congratulatory message to the Taliban.

Al-Qaeda’s message to the Taliban was titled “Blessed is the freedom granted by Allah in Afghanistan Islamic Ummah.” The message read, “O Allah, free the Levant, Somalia, Yemen, Kashmir and other Islamic countries of the world from the enemies of Islam.” O Allah, give freedom to Muslim prisoners around the world.

Al-Qaeda further wrote, “We praise Almighty and Almighty Allah for humiliating and defeating America, the head of disbelief.” We applaud him for breaking America and defeating him in Afghanistan, the land of Islam. Afghanistan is certainly a cemetery of empires. With the defeat of America, this country has driven out the separatist forces 3 times in a short span of 2 decades.

victory was considered an inspiration

Al Qaeda called America the kingdom of Satan. At the same time, the victory of the Taliban was considered an inspiration for the exploited people of the world. According to al-Qaeda, all these incidents prove that victory can only be achieved through jihad. Now is the time to pave the way for the future conflict. This historic victory achieved with the help of Allah will show the way for Muslims to escape the slavery imposed by the West on Muslim countries.