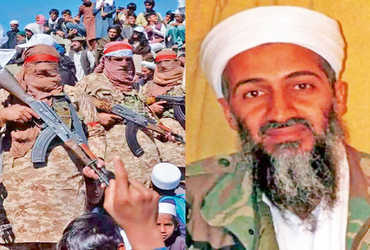 Terrorists of various organizations have been roaming freely in Afghanistan since the Taliban came to power.

United Nations: The United Nations has released a report on the death of bin Laden. It claimed that bin Laden’s son had gone to Afghanistan in October and held meetings with Taliban militants.

After the Taliban occupied Afghanistan in August last year, Abdullah, the son of slain Taliban and al-Qaeda member Osama bin Laden, called a meeting in October.

It is not yet known what he will do after leaving office. However, the United Nations believes that he is in poor health and may now be assigned a new terrorist. At present, the terrorist organization AQIS is active in Afghanistan and about 200 of its terrorists are roaming freely in Afghanistan.