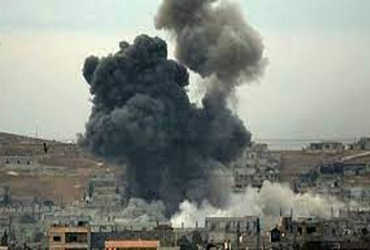 Kabul: Afghanistan’s army and security agencies have started a major operation against the Taliban. In which the help of Air Force is also being taken. Security agencies carried out airstrikes on various Taliban camps, killing more than 100 terrorists in just 24 hours. While more than 90 were injured.

Afghan Air Force’s A-29 fighter jets were also involved in the operation against the terrorists. An airstrike in Herat’s Ghorian district killed 22 terrorists, including 13 Taliban.

The army raided several areas and destroyed seven vehicles, including arms and ammunition. The army’s 215th Maiwand Corps said in an official statement that airstrikes were carried out on Taliban strongholds outside the provincial capital Lashkar Gah in Helmand.

Various provinces of Afghanistan have seen fierce fighting between security forces and the Taliban since the withdrawal of US troops. Conflict with the local government has intensified to re-establish the terrorist organization’s dominance in Afghanistan.

Meanwhile, the first plane carrying Afghan interpreters and several others working with the US security agency arrived at Douglas International Airport in Washington. where President Biden welcomed him. There were 221 Afghan nationals on board the plane, including 57 children.