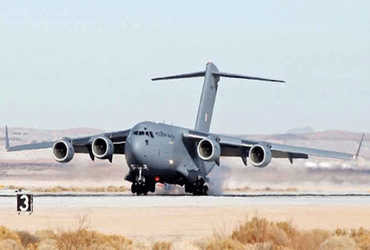 New Delhi: The Indian Air Force’s plan was to fly 9 Indians from Kabul Airport. Sources said the government is continuing efforts to rescue the stranded Indians. The plane made a safe landing in Tajikistan.

The Foreign Ministry said that it is working on what to do now. They are likely to be brought back to India by a commercial flight from Tajikistan. Sources said that the government is trying to bring the stranded Indians to Kabul airport so that they can be evacuated safely.

Sources said that an Indian Air Force aircraft has been deployed there to bring back another 100 to 150 Indians. India has evacuated all embassy staff, but thousands of Indians are said to be stranded in war-torn Afghanistan. It is a big challenge to know where they are and what is their condition. The Home Ministry said that not all have registered with the Indian Embassy.

Around 200 Sikhs and Hindus are said to have taken refuge in the Gurdwara in Kabul. The Taliban claimed responsibility for the attack and released a video assuring the security of the gurdwara chief.

After the Taliban entered Kabul, two Air Force planes carrying Indian ambassadors and embassy staff took off on 15 August. In this, the Indo-Tibetan Border Police personnel who guarded him were also involved.