After US exits Afghanistan, countries unite to fight terrorism 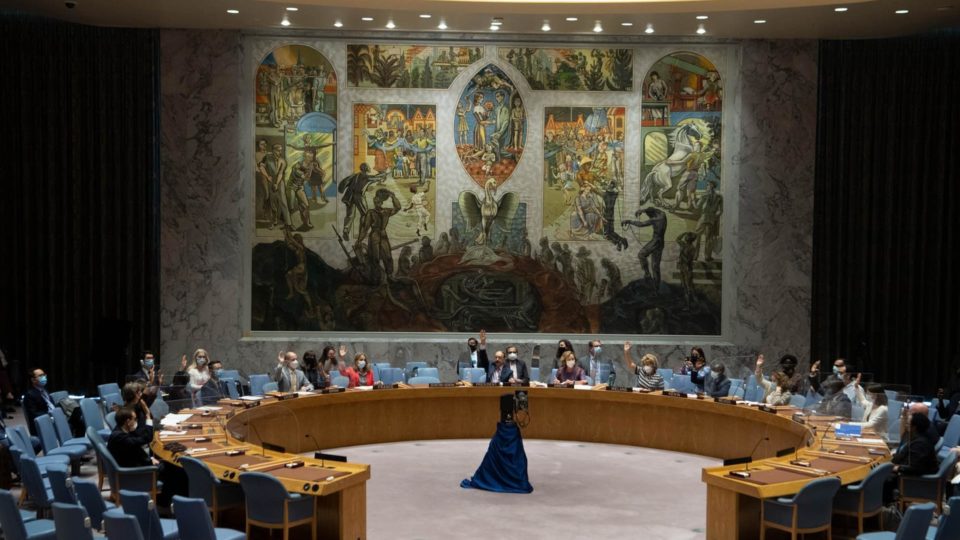 The foreign ministers of the United States, France, Germany, Italy, United Kingdom, Turkey and Qatar, as well as the European Union (EU) and North Atlantic Treaty Organization (NATO), held a virtual meeting on Monday to coordinate the next measures concerning Afghanistan after the withdrawal of international troops.

The meeting was chaired by US Secretary of State Antony Blinken.

In a statement released ahead of the meeting, the State Department said attendees, whom it described as “key allies”, would discuss “a coordinated approach in the days and weeks to come” in Afghanistan.

The United States is now completing the phase of withdrawing its troops from Kabul. About 5,400 Americans have been evacuated from Afghanistan, out of a total of nearly 120,000 people, including Afghan collaborators and third-country nationals, who have left the country in the past two weeks.

Evacuation efforts in recent days come amid a growing risk of terrorist attacks, particularly after the incident at Kabul airport last Thursday, claimed by the Islamic State (IS) terrorist group, which has killed 13 and wounded 18 among the US military, and in which dozens of Afghans were also killed and injured.

The White House has said that neither the United States nor its allies are in a rush to recognize a Taliban government in the near future, after the full withdrawal scheduled for tomorrow at the latest.

Last Friday, State Department spokesman Ned Price admitted that his country is “actively discussing” whether it will maintain a diplomatic presence in Afghanistan after that date, but that there must first be conditions of ” basic security “on the ground.

In addition, he cited “a series of criteria that must be met” by the future Afghan government so that the United States can “work” with it, among which he referred to the “respect” of the rights of its citizens, in particular women, and that “fulfill your anti-terrorist commitments.”

However, he noted, it will depend “on the actions and behavior” of this government and “not on the words”.

At the end of the meeting, a “global coalition” against the jihadist Islamic State (IS) group was formed, which underscored the decision to continue fighting “shoulder to shoulder” to ensure victory “wherever ‘he operates “.

“We will continue to exert strong counterterrorism pressure against ISIS wherever it operates,” the US-led coalition, which covers more than 70 countries in the fight against the jihadists, said in a joint statement.

Released in Brussels by the European External Action Service, the coalition’s statement underlines that it will continue to fight with partners to take the necessary measures to “ensure the lasting defeat” of ISIS, as is happening. is produced in Iraq and Syria.

The coalition intends to take advantage of its experience and the efforts of its working groups to combat the weapons of the Islamic State, including that of Afghanistan, and “identify and bring its members to justice”.

Against this enemy, which represents a “dangerous threat”, the world coalition will have recourse to “all the elements of national power”, specifies the declaration, which lists the “military, intelligence, diplomatic, economic and repressive fronts” to “guarantee the defeat of this brutal terrorist organization “.

In the statement, the coalition strongly condemns the attacks in Kabul that took place on August 26, in which “Afghan and British civilians and US service members by terrorists died.”

“The tragic loss of life was compounded by the dead trying to evacuate or working to complete this humanitarian mission,” the statement concluded shortly after the United States considered the mission in Afghanistan to be over. after 20 years of war, with the departure of the last planes with their troops.

Earlier, the United Nations Security Council adopted a resolution on Afghanistan emphasizing the safe exit of Afghans from the country, humanitarian aid and a condemnation of terrorism.

China and Russia abstained from voting on the measure, criticized for weak rejection of human rights violations by the Taliban, who came to power just over two weeks ago.

“The eyes of all Afghans are on this advice. They expect clear support from the international community, and this lack of unity is a disappointment for us and for them,” said French representative Nathalie Estival-Broadhurst.

France was one of the countries that sponsored the text of the resolution, along with the United Kingdom, the United States and Ireland.

The UN Secretary General himself, António Guterres, has participated in negotiations to gain the support of the 15 members of the council. Today he met unsuccessfully with the five permanent countries with veto rights – the United States, Russia, China, France and the United Kingdom.

France and the United Kingdom had proposed the creation of a security zone at the civilian airport in Kabul controlled by the UN to allow the continued withdrawal of people from Afghanistan, French President Emmanuel Macron said on Sunday.

However, the adopted resolution does not address this issue and simply emphasizes the need for the Taliban to allow anyone who wishes to leave the country to do so.

“The Security Council expects the Taliban to honor their commitment to facilitate the safe passage of Afghans and foreigners wishing to leave Afghanistan, whether today, tomorrow or after August 31 (the last official day of the US presence in the country), said US Security Council Representative Linda Thomas-Greenfield.

Thomas-Greenfield also underlined that the text adopted today implies a “lasting commitment” of the Security Council to help those who remain in Afghanistan and underlines that all parties must provide humanitarian assistance and open access to remain currently active.

Another key point underlined by the American diplomat is the insistence on the “urgent need to face the serious terrorist threat in Afghanistan”, practically the only point on which Russia and China agree with the other international actors.

Russia, for its part, justified its abstention by alleging that the text ignored its main concerns in Afghanistan, including the language used to identify terrorist threats, as well as the economic damage caused by the flight of intellectual leaders and the blockade of them. strengths.

“During the negotiations, we stressed that the negative impact of the withdrawal of qualified Afghan experts on the Afghan economy was unacceptable. With this brain drain, the country will not be able to achieve the sustainable development goals”, analyzed the Russian diplomat Vassily Nebenzia. .

Nebenzia also accused the United States and other countries of using the resolution to blame the Taliban for “failure” in the Central Asian country.

“At the same time, we can see this as an attempt to blame the failure and collapse of 20 years of US and allied presence in the region on the Taliban,” he accused.

British Ambassador to the UN Dame Barbara Woodward summed up the resolution saying that with it the Security Council has set its “minimum expectations” for the Afghan rebels.

“We are making it clear that the Taliban must honor their own commitments to ensure safe passage beyond August 31. Afghanistan can never again become a haven for terrorists,” he said.