After the murder of Danish, the shamelessness of the Taliban, said – he should have come to ask us 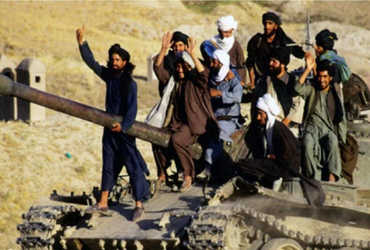 The Taliban, which is fighting for control of Afghanistan, is now defending its image against the killing of Indian journalist Danish Siddiqui. Danish was killed in a Taliban attack in Spin Boldak. They went to the war-torn area for media coverage but were attacked by the Taliban. The Taliban has been widely criticized for the killing of Danish. The Taliban, embroiled in controversy over the matter, is now trying to deny its role in the killings. At the same time, he is shamelessly arguing that if Danish had to come there for coverage, the Taliban’s approval should have been taken first.

Earlier, Afghan army commander Bilal Ahmed told the extent to which the Taliban had vandalized Danish’s body. Explaining the reason behind this, the Afghan commander said that Danish was Indian and Taliban hated India.

Taliban spokesman and commander Maulana Yusuf Ahmadi said in an interview in Kandahar that they control about 85 percent of Afghanistan. He also expressed hope that the remaining 15 percent area would be brought under control soon. The commander clarified that there was no support from the ISI and they were fighting on their own.

When asked about the killing of Danish Siddiqui, he said, “We did not kill Danish.” He was with the enemy army and if any journalist wants to come here, he should talk to us. We are already in touch with the journalists of the country.