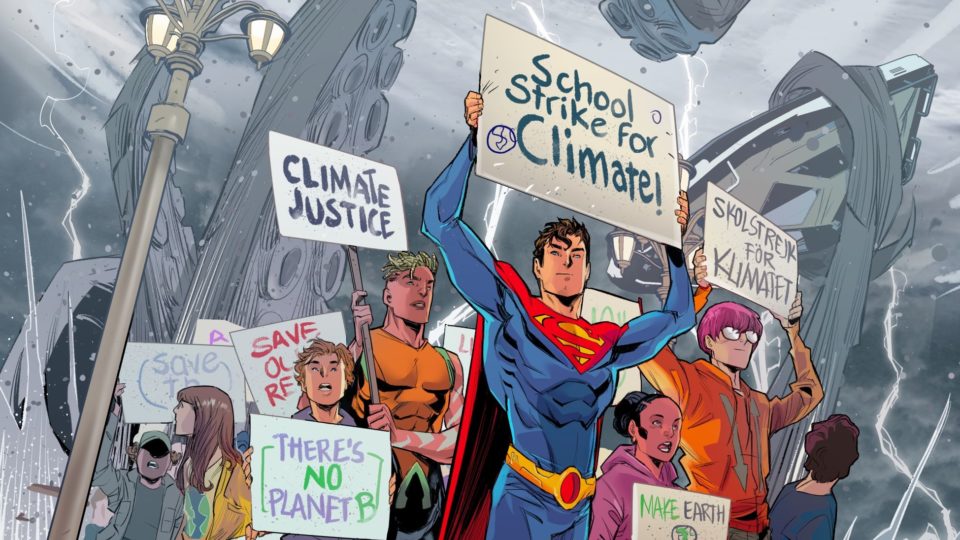 After announcing last week that the bisexuality of his most famous character, Superman, would be revealed, American comic book publisher DC Comics has now announced that the character will become an environmental activist.

An image from the upcoming issue of “Superman: Son of Kal-El” magazine, posted on social media, shows Superman holding a sign reading “School strike for the weather” in English, while another, waved by the boyfriend Superhero journalist Jay Nakamura brings the same message in Swedish – teenage climate activist Greta Thunberg often uses this slogan.

The posters that other characters are holding in the cartoon carry similar messages, such as “climate justice” and “there is no planet B”.

The Superman who announced these changes is not the “classic” Clark Kent, but Jon Kent, son of the original hero with Lois Lane. The revelation that Superman would start a relationship with another man has been hailed by progressives but criticized by Republican Party politicians like Josh Mandel, who will run for a seat in the Ohio United States Senate next year. “Bisexual comics for children. They are literally trying to destroy America, ”he wrote on Twitter.

American actor Dean Cain, who played the original superhero in the television series “Lois & Clark – The New Adventures of Superman”, claimed that DC Comics was only “riding the wave” by announcing bisexuality of the character. “It would be brave if he (Superman) fought for gay rights in Iran, where they kick you out of a building for homosexuality,” Cain said.