Africa Cup of Nations: 8 killed, many injured in stampede during football match 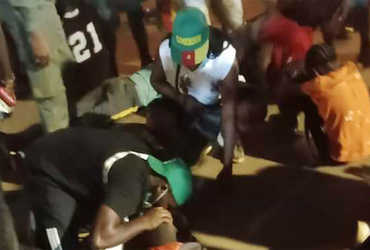 Eight people were killed and several others injured in fighting outside a football stadium in Cameroon on Monday ahead of an Africa Cup of Nations match. A stampede broke out after a crowd tried to enter the Olembe Stadium in the capital Yaounde from the southern entrance to watch the game of host nation Comoros.

According to a preliminary report by the Ministry of Health, eight people have died and dozens have been injured. The ministry said the victims were taken in an ambulance. The mob reportedly crushed a child, although the infant was immediately pulled out and taken to Yonde General Hospital. At present his condition is stable.