Afghans invade Kabul airport in an attempt to flee the country 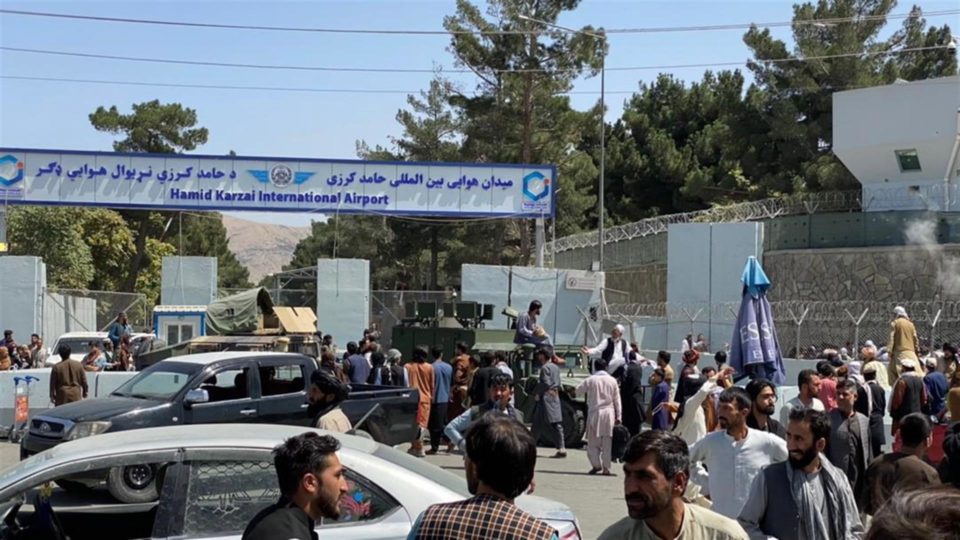 Thousands of Afghans rushed to Kabul airport in an attempt to flee the country after the Taliban regained control of the government on Sunday (15). Several Western countries are evacuating their citizens from the country, while the United States secures the airport and maintains air traffic control in the capital.

According to the Reuters news agency, there were reports of five deaths at the scene. It is still unclear how these people died, whether they were shot or blasted.

More than 60 countries, including the United States, Australia, Germany and France, issued a joint statement calling on the Taliban to allow people to leave the country.

In a joint statement, the Pentagon and the State Department said they were taking a series of measures to ensure the security of the international airport in the Afghan capital, to allow the safe departure of civilian and military planes. .

“Over the next 48 hours, we will have expanded our security presence to nearly 6,000 troops, with a mission focused solely on facilitating our efforts, and we will take the reins of air traffic control,” the statement said.

“Tomorrow and over the next few days, we will remove from the country thousands of US citizens residing in Afghanistan, as well as locally recruited personnel for the US mission in Kabul and their families,” the statement said.

At the American embassy in the Asian country, whose headquarters were transferred today to Kabul airport, after the capture of the capital by the Taliban, work around 4,000 employees, including 1,400 American citizens, according to the chain of ABC News television.

So far, according to the US TV station, around 500 of the country’s citizens who work in the diplomatic representation have been evacuated from Afghanistan.

The State Department and the Pentagon have also pledged to evacuate “other particularly vulnerable Afghan citizens” from the country, as well as expedite the evacuation of those who qualify for special US immigrant visas.

The U.S. government promised weeks ago that before the end of August, it would end the military withdrawal from Afghanistan and help evacuate up to 70,000 citizens from the Asian country, including interpreters and other officials who helped American troops as well as their own relatives.

In the note, the State Department recalled that about 2,000 have already arrived in the United States in the past two weeks.

US Secretary of State Antony Blinken told CNN on Sunday that Washington would also help evacuate other Afghans who were not entitled to special visas but who support the Americans and may be threatened by the Taliban.

Previously, the President of Afghanistan, Ashraf Ghani, had fled the country, which had resulted in the capture of Kabul by the insurgents and accelerated the withdrawal of foreign diplomatic delegations already underway.