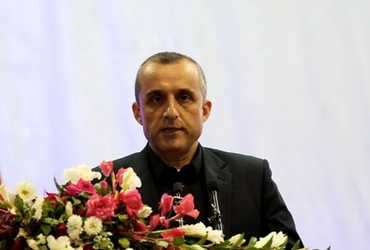 This valley, located near Kabul, the capital of Afghanistan, is so dangerous that the Taliban has not been able to capture it from 1901 to 2021. Not only this, the Soviet Union and US forces have only been able to conduct air strikes in this area. In view of the geographical location of the area, he never took any land action.

Amrullah Saleh, the Vice President of Afghanistan, also comes from this area. Although President Abdul Ghani fled abroad, Amarulla is marching towards his stronghold, Panjshir. He said that according to the Constitution of Afghanistan, the Vice President becomes the acting President in the event of the President’s absence, flight, resignation or death. I am currently in the country and am the legitimate President. I will never bow down to Taliban terrorists and neither will I under any circumstances. I will not betray the spirit and legacy of our hero Ahmed Shah Masood, Commander Legend and Guide.

Saleh criticized US President Biden, saying it was pointless to discuss the issue with him. We Afghans must prove that Afghanistan is not Vietnam and the Taliban are not remotely like the Vietnamese communists. US-NATO has lost courage, but we have not lost our spirits yet. A picture has also surfaced from Saleh’s Panjshir, in which he is seen sitting and discussing with many people.

The valley in north-central Afghanistan was not occupied by the Soviet Union in the 1980s or the Taliban in the 1990s. However, Ahmed Shah Masood, better known as Sher-e-Panjshir, was assassinated by the Taliban and Al Qaeda on September 9, 2001. Now Ahmed Masood is facing the Taliban after his father.