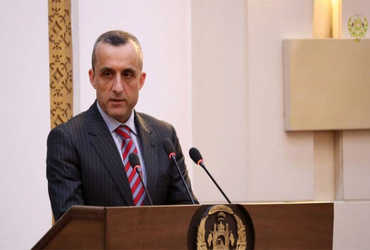 Afghanistan’s Vice President Amrullah Saleh has been targeting Pakistan over the Taliban. Amrullah Saleh tweeted on Monday night that the Taliban and Pakistan have joined hands. Amarullah wrote in his tweet, Herat is calling. In the night Herat cried loudly and completely cleared Allah Hu Akbar. Allah is not a toy in the hands of Taliban terrorists. Herat is roaring. Allah is not a product of Pakistan. At night the people of Herat stand in support of the Afghan army on the street or on the terrace.

Fierce fighting has broken out between the Taliban and Afghan forces in Herat. The US is said to have carried out air strikes on Lashkar Gah on Monday morning. The Afghan Vice President tweeted about the damage done to the Taliban in Herat.

Afghanistan is blaming Pakistan for the growing strength of the Taliban after the withdrawal of US troops. Afghan President Ashraf Ghani told Pakistani PM Imran Khan in Tashkent that Pakistan has sent thousands of Taliban fighters to Afghanistan.