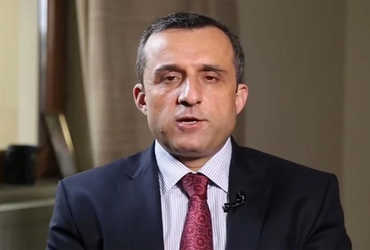 Afghanistan’s first Vice President Amrullah Saleh has declared himself the country’s caretaker president. In a tweet on Tuesday, Saleh said that according to the Afghan constitution, the first vice-president becomes acting president in the event of the president’s absence, flight, resignation or death. I am currently the President and lawful caretaker of my country. I am reaching out to all the leaders for their support and consensus.

In a tweet before the tweet, Saleh said that discussing Afghanistan with the US President is useless. Let them digest it all. We Afghans have to prove that Afghanistan is not Vietnam and that the Taliban is nowhere near the Vietnam Congress. Unlike US-NATO, we have not lost our confidence and we see great potential in front of us. The pointless protest is over. Join the resistance.

Clarification: According to the Constitution of Afghanistan, the FVP becomes the acting President in the absence, escape, resignation or death of the President. I am currently inside my country and have a legitimate caring president. I am reaching out to all the leaders for their support and consensus.