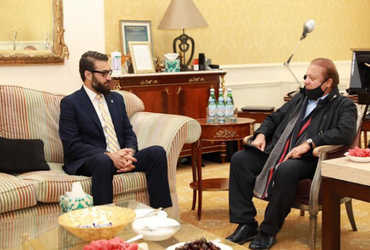 The Pakistani government, which has been supporting the Taliban, has called the Afghan government an enemy. Imran Khan’s government got so angry with former Pakistan Prime Minister Nawaz Sharif’s meeting with the National Security Advisor (NSA) of Afghanistan that many of his ministers opened up. Criticizing Nawaz Sharif, he said, “It has been proved that he has links with the enemies of Pakistan.

Afghanistan’s National Security Council shared a picture on Twitter that shows Nawaz Sharif meeting with NSA Mohib and Minister Syed Saadat Naderi. The meeting took place in London, where Nawaz Sharif has been living since 2019. On behalf of Afghanistan, it was said that mutual interests were discussed in the meeting. As soon as this information surfaced, it started trending on Twitter.

Angry over the meeting, Pakistan’s Information and Broadcasting Minister Fawad Chaudhry said sending Nawaz Sharif abroad is dangerous as such people become part of an international conspiracy. An example of this is the visit of Nawaz, the biggest ally of RAW in Afghanistan. Every enemy of Pakistan Modi, Mohib and Amrullah Saleh (Vice President of Afghanistan) are close friends of Nawaz Sharif.