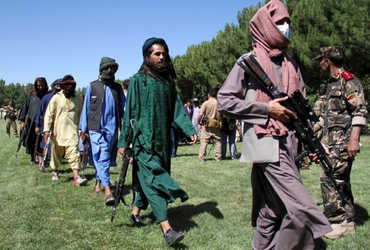 – Women who disobeyed the rules were sometimes killed

After the withdrawal of US troops, the Taliban is rapidly tightening its hold on Afghanistan. The extremist group is now slowly re-enacting the old repressive black law that was in place during its rule in Afghanistan from 1996 to 2001.

Order to get daughters married to Taliban fighter

They are now ordering Afghan families to marry off their daughters to Taliban fighters. The men have been ordered to grow beards and go to the mosque. According to one report, during the Taliban’s five-year rule, women were barred from working, going to school, or leaving home without a male relative. Men were forced to grow beards, caps or turbans.

Music and other forms of entertainment were banned. Those who disobeyed feared being flogged, beaten and humiliated in public. Women who disobeyed these rules were sometimes killed.

The Taliban are re-enacting repressive laws and policies defined by Islamic Sharia law in the territories they hold.