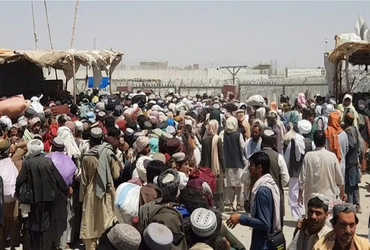 The Taliban have captured several provinces in the eastern part of Afghanistan, including Pakhtia province.

The Taliban has banned the vaccination of Corona in Pakhtia province. This information has been given by a radio and TV platform in Afghanistan. Paktia province was captured by Taliban militants last week. The Taliban removed the sacred target from a gurdwara in the same province.

An estimated 65 percent of Afghanistan is under Taliban control. It is now close to the capital, Kabul. The Taliban captured Kandahar, Lashkar Gah and Herat on Friday. Today the Taliban also attacked Mazar-e-Sharif, a major city in Afghanistan.

The Afghan government has also now offered talks with the Taliban. However, there was no response from the Taliban. The Taliban are said to be unwilling to accept the offer of a power share. On the other hand, lakhs of people are becoming homeless and relief camps are emerging in this war.