Afghanistan: Taliban condemns US drone attack, says it is illegal to attack other countries 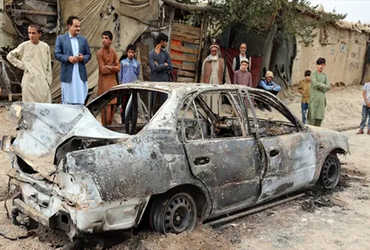 Taliban spokesman in Afghanistan, Zabihullah Mujahid, condemned the US airstrike in the capital Kabul on Sunday. He said arbitrary attacks in other countries are illegal.

Spokesman Zabihullah said seven civilians were also killed in the attack. “If there was a potential threat in Afghanistan, we should have informed them,” Mujahid said. No other country is attacked arbitrarily.

The Mujahid had earlier on Saturday also condemned the US drone strike in which two members of the Islamic State terrorist group were killed. The attack took place in the eastern province of Nangarhar. Two women including a child were also injured in the attack.