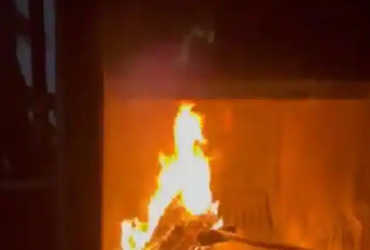 Human rights groups have expressed concern about the safety of women and girls living in Taliban-controlled Afghanistan. As before, there is a fear that girls will be openly punished under the Taliban regime. No intention to harass girls on the basis of information on record

Bano Shabana Basij-Rasikh, who founded a boarding school for girls in Afghanistan, has set her students’ records on fire to protect them and their families from the Taliban.

The video of these scenes is going viral. Until 20 years ago, when the Taliban ruled Afghanistan, women who violated Sharia law were beaten up by poachers and publicly executed.

However, with the arrival of American troops in the country and the formation of a democratic government, such incidents decreased. “I, my students and friends are safe, but there are still many people here who don’t consider themselves safe,” said Shabana’s Basij-Rasikh. I’m worried about it.