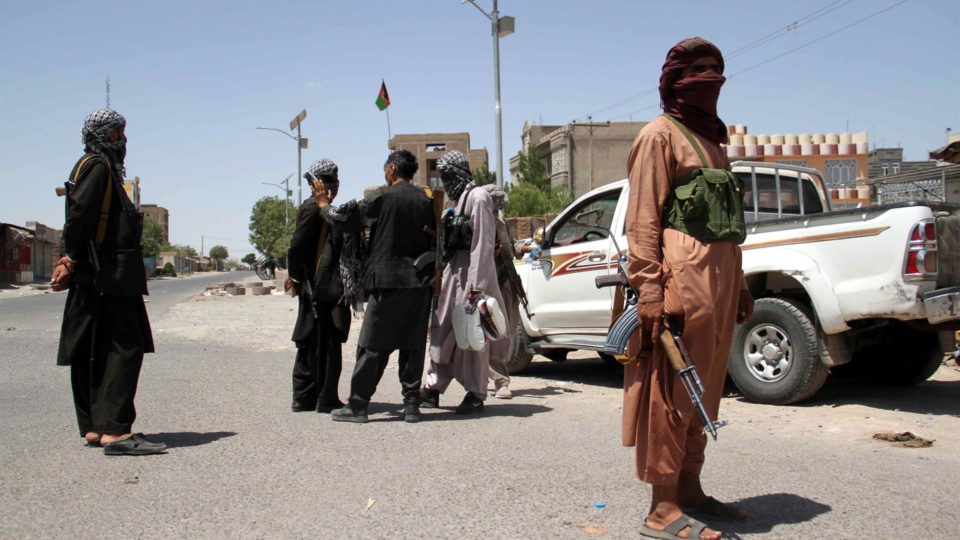 The fall of the Afghan government and the return of the Taliban emirate are imminent. Over the past two weeks, the Taliban have put a steamroller into the areas controlled by the Afghan government. The group, which controlled areas of the interior and Afghan borders, now also controls most of the major cities and capitals of the Afghan provinces. Between August 6 and 12, 13 regional capitals were taken over by the Taliban, including historic Kandahar and Herat. This is a consequence of the hasty withdrawal of the United States which, by implication, could place the “new” Afghanistan in the bosom of neighboring China.

Government officials in the United States and Europe, as well as some political analysts, including Brazilians, pretend to be surprised or shocked by the advance of the Taliban. Not just for the forward speed. With all due respect, this position is not justifiable. It was very clear that the Taliban would not honor any agreement, as it never did in its history, and that a government that no one supported would fall like a house of cards.

Here in our space, in March 2020, it was said that the Trump administration was wrong in negotiating with the Taliban. In September, the reader was told of the group’s track record, that perfidy was a frequent Taliban weapon. In March 2021, the column analyzed Joe Biden’s plan for Afghanistan. The conclusion was that this was a flawed plan. Finally, last month, it was already written here that the victory of the Taliban was only a matter of time. Once again, the “surprise” of the advance of the Taliban is not justifiable.

In the March 2020 column was the script of what was to come. “The Taliban are likely to ‘behave’ over the next few months, achieve a decrease in the US military presence, gain strength and then return to power; again, they don’t even see the current government as legitimate, and it doesn’t. be now that they will change their mind. ” No sooner said than done.

Also in the column for March 2020, we also commented that “the absence of the United States always opens the door to Chinese neighbors”. And this is the new question that emerges from the current scenario. Forget any idea that Afghanistan is a lost and insignificant end of the world. For the country to be known as the “Cemetery of Empires”, the interest of these empires is necessary. Alexander, the Russians and the British were among those who wanted to incorporate Afghanistan into their domains.

A land rich in minerals, a source of fresh water in the Hindu Kush mountains and a strategically vital location. A large land bridge connecting the western and northern steppes, the Indus valley, the Tibetan plateau and the Xinjiang desert. All of this makes Afghanistan an important location, for example, for Chinese infrastructure projects on the New Silk Road.

The Taliban have always had Pakistan as their main international backer, although both actors deny it. Pakistan, for its part, has its main political and economic ally in China. China is Pakistan’s largest arms supplier, which in turn is the world’s largest Chinese arms buyer. The China-Pakistan Economic Corridor allows the Chinese to route their exports directly to the Indian Ocean. In addition to tens of billions of dollars in Chinese investments, annual trade between countries is around 20 billion dollars.

Additionally, the border between Afghanistan and China is an important border for Beijing, both because of the aforementioned geographic and economic issues, and because it involves Tibet and Xinjiang, the Uyghur minority region. What China wants most on this border is stability. If the Taliban can provide that stability, so be it. Money is interest, always, with any power.

American governments do not maintain their alliance with Saudi Arabia out of love, any more than France supports autocrats in French-speaking African countries out of friendship. Between stability and human rights, the authorities will in most cases choose the first. Latin America during the Cold War should say so.

The former Taliban emirate, which lasted from 1996 to 2001, was recognized by only three countries: Pakistan, the United Arab Emirates and the Saudis. This new emirate, which is about to be born, will perhaps have the recognition of China, at least informally, in some sort of scale. From the Taliban to Pakistan, from Pakistan to China. This recognition will not be an easy task, much less if it takes place formally.

It can serve both to contain the extremist impulses of the group, such as the iconoclasm that destroyed the Bamiyan Buddhas, public executions and the complete repression of all female emancipation, or to keep these issues out of the public sphere. international, under the pretext of being “internal affairs.” Also, China can act in Afghanistan to “fight extremism” in the neighboring province of Xinjiang, for example.

The fact is that after twenty years and seven trillion dollars, the United States has achieved only one of the goals set in 2001: to catch up with Bin Laden, the already distant year of 2011. They have not. succeeded in strengthening the Afghan state, did the Afghan armed forces not succeed in putting an end to the Taliban, they did not speak to local groups, they did not understand where they were going and they did not think In the long term.

It is almost surreal to see Washington announce the hasty dispatch of 3,000 troops to Kabul to speed up the evacuation of all its citizens from the country. This number was already there just a few months ago. They really believed that the Taliban would not do exactly what they did. The UK made a similar announcement of 600 elite troops for evacuation security.

Obviously, the United States’ near failure in Afghanistan has several reasons, it is not limited to the current year or the last year. The irony is that, in the end, they likely dumped Afghanistan on the knees of China, now America’s main international rival. And this, if that happens, will be done via Pakistan, this quasi-double national agent, ally of both Washington and Beijing. It wasn’t for lack of warning.