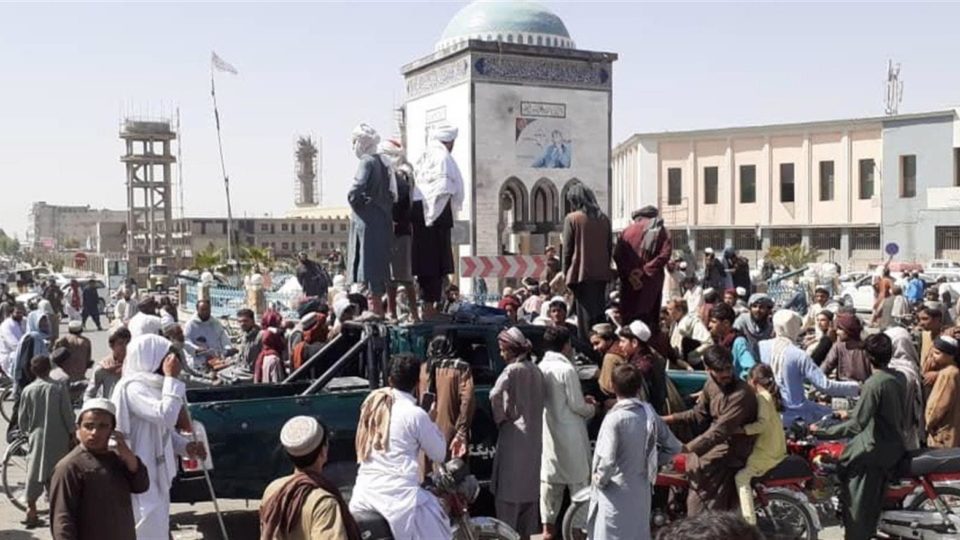 The Taliban are back. Back and more powerful than ever. With a number of combatants of up to 100,000 men, the fundamentalist group is advancing on the trail left by the withdrawal of American troops, which in October 2001 removed them from power after the series of attacks of September 11.

On the last day of February 2020, the Taliban signed a peace accord with the blessing of the United States, in which they pledged to share power with the local government and work for a united and peaceful Afghanistan. But if the Americans began to withdraw their troops, the Taliban imploded the deal, moving towards what could prove to be full control of the country. Last month, the group had already conquered 54% of the country’s establishments, including more than ten capitals. As of this writing, the radicals have taken control of Kandahar, the country’s second largest city, and are marching on Kabul, the Afghan capital.

The returning Taliban are no longer the pre-invasion Taliban who were known for their pre-Islamic tribal practices – many of which were primitive and contrary to any humanitarian value. The burqa is perhaps the most famous symbol of the suppression of women’s rights. But not the only one. Girls are prohibited from going to school, or even having dolls to play with, as human representations of all kinds are considered the devil’s stuff.

In 2001, when an alliance between the United States and the North Atlantic Treaty Organization (NATO) ended five years of Taliban rule, the group turned into an insurgency that challenged the most powerful military alliance on the planet. An insurgency that has not only required work for two decades, but has shown itself capable of resisting and deceiving to the end. And with the victory.

Even more brutal is the Taliban’s march towards the complete conquest of Afghanistan. Under the orders of its leader, Mullah Haibatullah Akhundzada, the group extinguishes the last spark of democracy, respect for human rights and civility towards the people.

Wherever he goes, after 20 years under fire, the new owners of the play carry out summary executions of “traitors”. Interpreters who served in the foreign army, journalists and members of the security forces of the condemned Afghan state.

In two decades of conflict, the Western Allies have lost 7,100 between the military and the contractors. Some 73,000 Afghan soldiers and police were killed and a balance of 47,000 civilian casualties. It is not known how many Taliban left this for the better, but it is estimated that it was a few tens of thousands. The Taliban were able to resist. For them, death is a price. In these regions there is always an expressive amount of people ready to die for the promise of Heaven. They are created almost exclusively for this purpose.

As Islamic extremists who combine a narrow and strict reading of religion with the primitivism of tribal practices, the Taliban provide the ideal conditions for Afghanistan to become again (although it never completely ceased to be) to be a hotbed of terrorists with the potential to export its destructive effects. potential in the world.

In 2001, Afghanistan gained global significance and importance as the home and lair of Osama bin Laden, then head of al-Qaeda, the organization that carried out the September 11 attacks.

The group was formed in the early 1990s by Afghan jihadists, or Islamist fighters, who resisted the Soviet occupation of Afghanistan (1979-1989) with support from the United States. The guerrillas were recruited from among young people of the Pashtun ethnic group (mainly in southern Afghanistan) who attended Pakistani madrasas (religious schools). By the way, the Taliban in Pashtu means “students”.

In 1979, Afghanistan became one of the hottest places in the world, rivaling Iran, which inaugurated its theocratic rule, the first laboratories of Islamic revolutionary activism. To be the first Sunni and the second Shiite. Showing that the two great religious currents have together abandoned the use of religion as a contribution to insurgencies and political struggle.

In 2001, Afghanistan became the scene of the war on terrorism – precisely because the Taliban made the country the biggest terrorist incubator on the planet and for the well-known reasons linked to the attacks on American soil.