Afghanistan: Kandahar-Ghazni-Herat also now in the possession of Taliban, Afghan soldiers surrendered and saved their lives 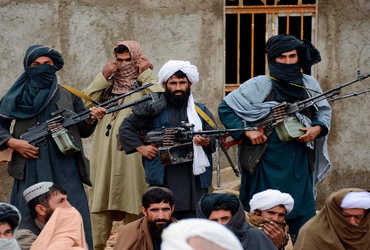 – The Taliban has once again returned to its 20-year-old position, when it dominated only the most important areas of the country.

The dominance of Taliban in Afghanistan is increasing day by day. The Taliban have swiftly captured several Afghan cities over the past week and are now very close to the capital, Kabul. Taliban fighters have also captured the major Afghan cities of Kandahar, Ghazni and Herat, which the world has noticed.

Taliban occupation has been increasing since the withdrawal of US troops from Afghanistan. More than 12 of Afghanistan’s 34 provinces are now completely under Taliban control. Kandahar is the second largest city in Afghanistan and it is very dangerous for the Taliban to capture it.

The Taliban reportedly attacked Kandahar late on Thursday. The government employees and others fled the city late in the night.

Herat, Afghanistan’s third largest city after Kandahar, has also been handed over to Taliban militants. Taliban fighters have captured the historic mosque in Herat, associated with Alexander the Great. However, all government buildings are now under Taliban control.

As far as the yard area is concerned, this too is now under Taliban control. The Taliban’s capture of Ghazni means they are now in direct contact with Kabul. This is where the highway directly connects to the capital. On the other hand, the Taliban has once again returned to its 20-year-old position, when it dominated only the most important areas of the country.

Afghan soldiers and some government employees in Herat and some areas of Ghazni surrendered to Taliban fighters and then fled, the agency said. A video has also been released by the Taliban in which the soldiers surrendered in front of him and then left safely with his permission.