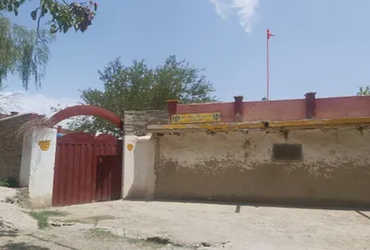 Taliban has sent back the Nishan Sahib removed from Thala Sahib Gurdwara in Afghanistan. The Taliban has taken this step after international pressure. However, Taliban terror continues in Afghanistan. Meanwhile, the case of the removal of Nishan Sahib by the Taliban from a gurdwara in Pakhtia province came to light here on Friday. After which the Government of India has objected to this issue.

Following Indian and international pressure, Taliban officials and fighters went there and kept Nishan Sahib there. This information was given by Puneet Singh Chandok, Chairman, Indian World Forum.

Puneet Singh Chandok said that he was recently informed by the local caretaker of the Gurdwara that Nishan Sahib has been kept on the steps of the Gurdwara with full respect. He said some Taliban officials and fighters had reached the gurdwara on Friday evening. He immediately ordered Nishan Sahib to be put back.

Chandok said he and the visiting Indian appreciated the efforts of the Indian government and the international community to ensure better protection of minority officials in Afghanistan. He said that right now data connectivity is affected in the entire region. I’ll share the photo as soon as it gets fixed.

The Taliban has been spreading its wings in Afghanistan since the withdrawal of US troops. Violence continues in some cities of Afghanistan. Fighting continues between the Taliban and Afghan security forces. India has expressed concern over the delicate situation in Afghanistan regarding the war situation. India said that peace in Afghanistan is very important. India has also discussed this issue continuously.