Afghanistan in the hands of Taliban, 36 terrorists killed in 24 hours 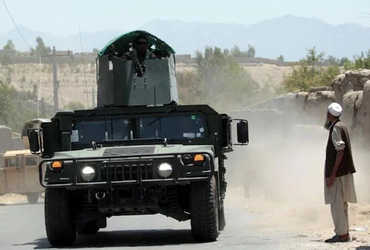 Apart from the Taliban, ISIS is also keeping an eye on the Jalalabad-Kabul supply line.

The Taliban’s dominance has been increasing since the withdrawal of US troops from Afghanistan 20 years ago. Taliban militants claim that their fighters have captured 90 percent of Afghanistan. The Afghan army is constantly trying to free its area from the occupation of the Taliban.

Afghan security forces have intensified attacks on the Taliban in recent days. According to claims made by Afghan forces, it has killed 36 Taliban fighters near Kandahar.

The Taliban is also making various claims amid the ongoing bloody conflict with Afghanistan. The Taliban recently claimed to have captured the police headquarters in Ghaziabad district in the northern part of the country. At the same time, 80 Afghan security forces have joined the Taliban. The Taliban also shared photographs of arms and ammunition confiscated from Afghan forces in Ghaziabad.

Notably, the US recently withdrew its troops from Afghanistan after two decades. Since then the Taliban has taken on a more formidable form. It has occupied most of Afghanistan. The Taliban also seized several major highways and border posts in Herat, Farah, Kandahar, Kunduz, Takhar and Badakhshan provinces connecting Pakistan, Iran, Tajikistan and Turkmenistan. Afghan forces are currently occupying border posts with Iran and Pakistan in Nangarhar, Paktia, Paktika, Khost and Nimroj provinces.

In this direction, the Taliban is preparing to capture the lifeline of Afghanistan. Actually, Taliban terrorists are trying to capture most of the highways in Afghanistan. The Taliban has also had success in many places. The Taliban have captured the Kandahar Highway, which is believed to be the main supply. Apart from this, the Taliban is not only attacking the Afghan army on the second supply line between Jalalabad and Kabul, but ISIS is also keeping an eye on that supply line.