Afghanistan: Folk singer shot dead after being thrown out of his house 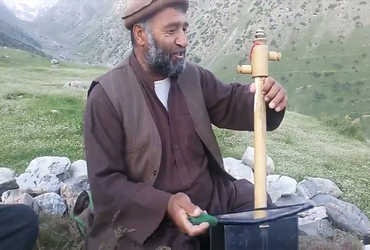 After coming to power in Afghanistan, the fear of Taliban can be seen all around.

At the same time, the Taliban has killed a folk singer Fawad Andrabi in the Andrabi Valley of Afghanistan. The Taliban dragged him out of the house and then shot him.

After this act of Taliban, there is discussion in the whole area that Taliban wants to impose repressive regime like 1996. Andrabi Khim is in Baghlan province, 100 km north of Kabul. which is now under the control of the Taliban. After this, there is upheaval here.

Folk singer Fawad Andrabi’s son told the International News Agency that the Taliban first entered the house and searched the house. I told him, my father is innocent and he only entertains people by singing songs. However, the Taliban dragged my father to a field and shot him.

“I want justice and the local Taliban council has promised to punish the killers,” Fawad’s son said. The incident will also be investigated.