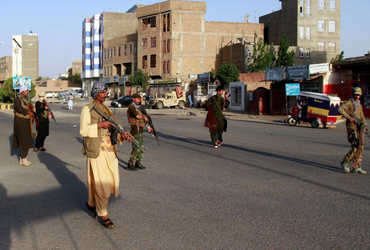 Taliban terror has resumed in Afghanistan after the withdrawal of US troops. Now the Taliban has crossed all limits of cruelty. Taliban militants killed a young woman because she was wearing tight clothes and had no male companions.

According to reports, the incident took place in Samar Kandian, a village in northern Balkh province, which is completely under Taliban control. Balkh police spokesman Adil Shah said that the girl’s name is Nazneen and she is 21 years old.

He said the girl was on her way from her home to Mazar-i-Sharif, the capital of Balkh. She was just getting out of her house and was sitting in the car when the terrorists shot her dead. Police said the girl was wearing a veil. However, the Taliban has denied these allegations.

Girls being kidnapped by Taliban

The Taliban’s grip on Afghanistan is increasing. Atrocities against women and girls are also increasing. The Taliban are kidnapping young girls and women and their terrorists forcibly marrying them.

Similar to the Taliban occupying a new area or city, it also declares them to be handed over from the mosque to the wives and widows of police personnel and government employees.

Families fear the rise of the Taliban and are sending women and girls from their homes to safer places in Kabul to protect them from terrorists.

Cases of forced marriages with women have been reported in the Takhar and Badakhshan regions of Afghanistan. Similar was the case in Bamiyan province. However, Afghan forces have driven the Taliban out of Bamyan.