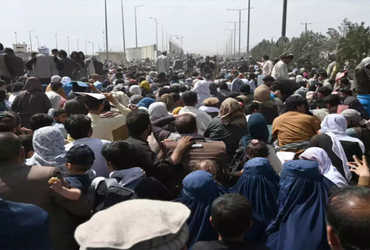 Amidst the deteriorating situation in Afghanistan, the exercise to evacuate an Indian citizen has intensified. One plane after the other is returning with Indians, there is also a flight from India to Afghanistan.

Indian Air Force C-17 aircraft reached Delhi from Kabul on Sunday morning. There were 168 people on board, including 107 Indians. The aircraft landed at Hindon IAF airbase in Ghaziabad. Earlier, some Indians were sent home by two planes of IndiGo and Air India. Earlier, a total of 94 Tajik nationals reached Delhi via Kabul, including 87 Indians, two Nepalese and five diplomats.

India has airlifted a Sikh child from Afghanistan without a passport. Visa will be issued on arrival to Afghan Senator Anarkali Honyar and his family. Anarkali’s brother is being brought to India on an expired passport.

RTPCR test of citizens coming from both the flights has been done. The report will come in three to four hours. Which will then emerge from the Immigration and Customs Department. These people will be allowed to come out only when the report comes negative, otherwise further action will be taken under the Kovid protocol.