Afghanistan crisis: All-party meeting of the Ministry of External Affairs on August 26, the decision was taken after the order of PM Modi 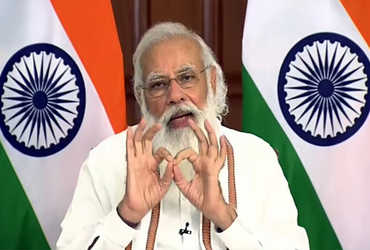 This has had an impact on Indian politics and business as the Taliban have taken full control of Afghanistan. In the midst of this crisis, External Affairs Minister Dr S Jaishankar gave this information by tweeting on Monday. He said that in view of the developments in Afghanistan, PM Modi has directed the Ministry of External Affairs to give brief information to the leaders of all political parties. Parliamentary Affairs Minister Prahlad Joshi will give further details.

According to sources, External Affairs Minister S Jaishankar has called an all-party meeting on August 26 at 11 am to discuss the crisis in Afghanistan. Minister Prahlad Joshi will coordinate the meeting.

Afghan refugees continue to protest against the UN High Commissioner’s Office in Delhi. They demand refugee status for all Afghans, a resettlement option for a third country and protection from the Indian government. Speaking on the occasion, President of the Afghan Community in India Ahmed Zia Ghani said that there are more than 21,000 Afghan refugees in India and not all of them want to return to Afghanistan.

Every effort is being made by the Government of India to rescue Indian citizens and Afghans trapped in Afghanistan. It is now also allowed to operate two daily flights from Kabul to get out of the crisis. India has assured that it will help Hindus and Sikhs as well as its allies in Afghanistan. who need help.