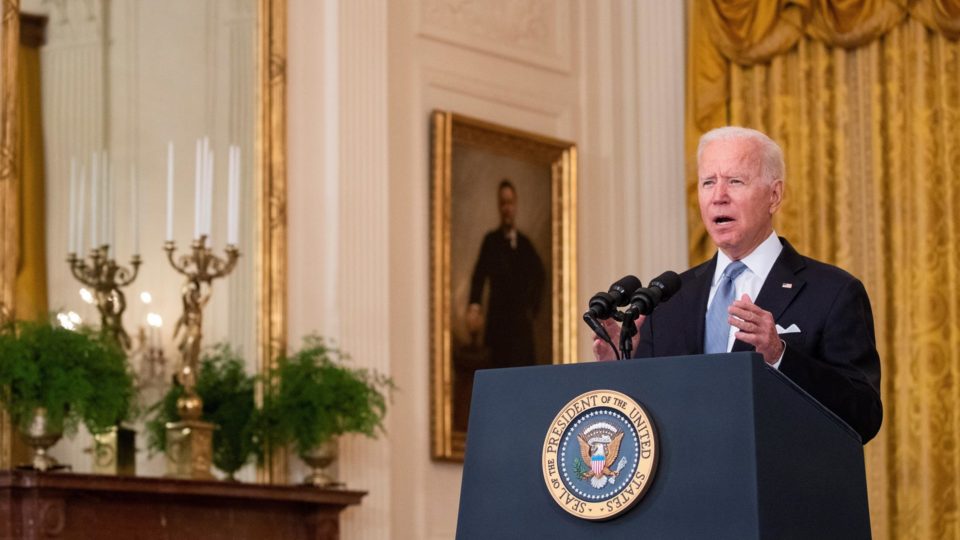 Many Americans are probably increasingly aware of the rapidly diminishing confidence in Joe Biden’s competence as President of the United States.

Images and videos emanating from Afghanistan show a catastrophic failure to effect a withdrawal from a troubled country and point to serious failures in intelligence and planning that have occurred at the highest levels of the US government.

Even many of Biden’s supporters in media and politics notice and criticize his leadership amid one of the worst foreign policy fiascos in US history. Some may think that Biden’s failures betray his message that he would bring “adults” back to Washington.

What we’ve seen so far, in the short time since Biden took office, is a series of disasters as the administration struggles to advance its progressive agenda in Congress. On the world stage, the situation is much worse.

On issues that fall more directly to the executive, such as border protection and the conduct of foreign and military policy, the government has fallen into a series of clear failures.

This, despite the fact that the Biden administration is teeming with what the media has celebrated as one of the most “diverse” and “experienced” teams of advisers and secretaries of all time. It seems that this is not taken into account.

The Biden government pushed progressivism in the first place; now he is promoting “fragility” inside and outside the United States. His response to the disaster that unfolded in Afghanistan was essentially to blame his predecessors, the Afghan president and all, while awkwardly and half-heartedly saying that “the responsibility to choose is mine”.

How different from President John F. Kennedy who after the failure of the Bay of Pigs operation in Cuba declared that he had sole responsibility to the country.

In his speech after a weekend of chaos in Afghanistan, Biden was essentially anti-Kennedy.

Biden gave a speech he should have given months ago on why the United States shouldn’t build a nation in Afghanistan and why it was important to leave. President Donald Trump sent the same message, which is why he initiated the pullout.

But Biden completely dodged the most important question of the moment: why the withdrawal operation was an absolute disaster.

He then dodged questions from reporters and immediately returned to Camp David to continue his vacation. He only reappeared in public this Wednesday (18) to give a speech on the Covid-19. He lashed out at Republican governors for imposing masks on schools, then left the stage without answering questions.

Does he expect the story to get old and the country to move on to another news cycle? It is a great insult to the intelligence of the American people, if that is the case.

In an interview with ABC’s George Stephanopoulos, Biden was asked if the situation could have been handled better. The US president basically said “no”.

To make matters worse, when asked for videos of Afghan people falling from planes, Biden replied, “That was four days ago, five days ago.”

It was two days ago, but what a difference it makes, doesn’t it?

Some have compared Biden to former President Jimmy Carter in the way he handles the situation in Afghanistan. But this comparison is unfair to Carter. In the Iranian hostage crisis, Carter personally took charge of the rescue operation to recover the Americans from the American embassy. The mission ended in failure.

In a message to the country, after abandoning the mission, Carter, like Kennedy, took full and unequivocal responsibility.

That was not all. Carter assured the United States that the effort to bring its citizens home will not abate:

As President, I know the entire nation feels the deep gratitude I feel for the brave men who have prepared to save their fellow Americans from captivity. And as President, I also know that the nation shares not only my disappointment that the rescue effort could not take place due to mechanical difficulties, but also my determination to persevere and return all our hostages to freedom. .

There was certainly a crisis of confidence in Carter’s leadership skills, which is why the United States ended up with Ronald Reagan in the White House after just one term from his predecessor. Even so, Carter did not desert or unwilling to face the consequences of his decisions. In any case, he was just an inefficient micromanager.

At this point, Biden’s failure runs much deeper.

“History will not despise the Biden presidency for this,” said Bill Roggio, senior researcher at the Foundation for the Defense of Democracies and editor of the Long War Journal, in an interview with Fred Lucas of the Daily Signal.

“It makes all of Jimmy Carter’s flaws a snap. Carter mismanaged a hostage-taking, ”Roggio said. “Biden took action that led to the collapse of an ally in which we had invested huge amounts of blood and money. It is a defeat for the United States and a defeat for the Afghan government.

American presidents must be active when American citizens are in extreme danger abroad. But while Biden is apparently on vacation, National Security Advisor Jake Sullivan hasn’t even commented on whether the troops would withdraw before all Americans have left Afghanistan.

Asked about US citizens imprisoned in the country, Sullivan said at a press conference: “I will not comment on the assumptions.”

How comforting! For the Americans trapped there, that doesn’t look good.

Even when the United States was a much weaker country, the mistreatment of American citizens abroad was often a decisive cause of action on the part of presidents and the federal government.

The United States entered the War of 1812 because of the British expropriation of American sailors, even though the country was not at all prepared to face a global superpower.

Large countries do not leave their citizens at the mercy of others without a fight.

Now there are no answers and a president who not only failed to take decisive action, but failed to act. Comparisons to Carter are unfair to Carter.

Perhaps a better comparison between Biden and another Pennsylvania-born president, Abraham Lincoln’s predecessor James Buchanan: the seasoned Washington man crushed by the historic moment, who hesitated and slept as the country disintegrated.

The crisis in the United States continues.

Jarrett Stepman is a contributor to The Daily Signal and co-host of The Right Side of History podcast.