Afghanistan: Ashraf Ghani said – I decided to leave the country to avoid the rivers of blood 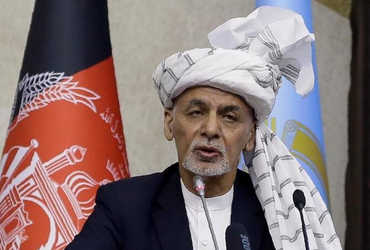 – The Taliban have won the sword and the gun and now they will be responsible for protecting the honor, wealth and self-respect of the countrymen.

The Taliban quickly took control of the provinces of Afghanistan, just days after the withdrawal of American troops. The Taliban has now captured the whole of Afghanistan. Seeing the danger, President Ashraf Ghani has also fled the country. He made his reaction public on social media.

“Today it was a difficult choice for me to face the armed Taliban who wanted to break into the palace or leave their beloved country, Afghanistan,” Ashraf Ghani said in a statement on social media. Over the past 20 years, I have dedicated my life to the defense of Afghanistan.

Also, to stop the rivers of blood from flowing, I thought it appropriate to leave the country. The Taliban have won the sword and the gun and now they will be responsible for protecting the honor, wealth and self-respect of the countrymen. History never embraced such powers. It is imperative for the Taliban to reassure all peoples, nations, sisters and women in various fields of recognition and win the hearts of the people. He makes a clear plan together with the public. I will always serve my country.