Afghan women, victims of the American withdrawal orchestrated by Biden 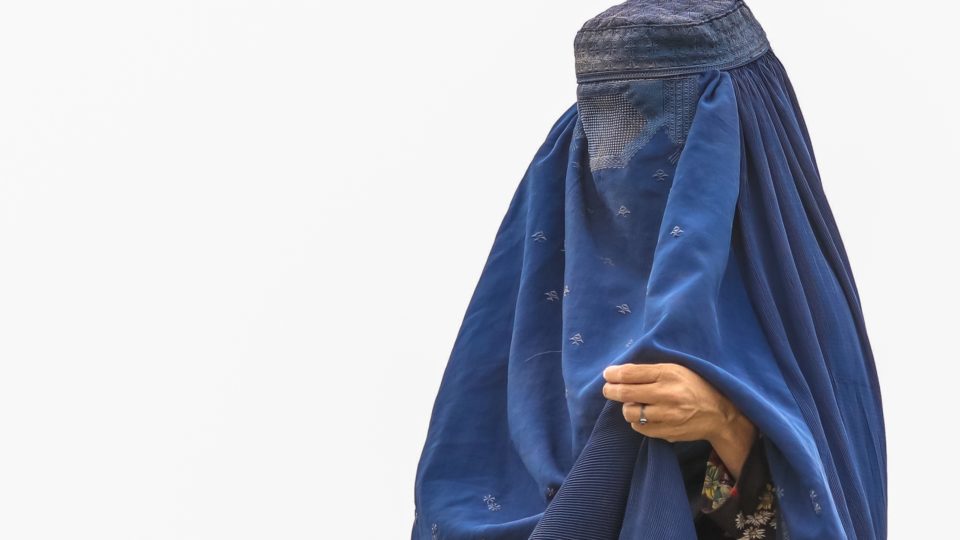 A woman in a burqa is seen in a refugee camp in Kabul, Afghanistan. Photo: EFE / Hedayatullah in the middle

A report published by the British newspaper The Guardian describes scenes of horror in the streets, in the early hours of this Sunday (15), in Kabul: girls fleeing university dormitories, evacuated by the police after the arrival of the Taliban. “They beat all the women who did not wear the burqa”, reports the journalist. Bus drivers refused to transport women so as not to join the terrorists. Cries of men in the streets foreshadow a near future: “these are your last days in the street”, “I will marry you four in one day”.

The fear of Afghan women has been recorded in multiple appalling episodes in the international press. Responding on the air to a phone call from a representative of the terrorists, the Afghan BBC presenter urged the return of corporal punishment for women. “I still cannot say,” replied the respondent, promising a “peaceful transition of power in accordance with Islamic law”.

The account seems drawn from a dystopia, but it is consistent with the Taliban’s record with women. Since taking power in Afghanistan in 1996, the terrorist group has implemented Sharia, Islamic law, in its strictest version: women were required to cover their entire body and could only leave the house in company. of their husband or male relative.

No school, no work outside the home – except for a few doctors and nurses – no voting rights. The flogging was not only intended for those who studied in secret: it was enough to go out into the street with exposed ankles. Adulterers have been stoned to death, it is not uncommon for them to be convicted on the basis of false testimony.

The scenario began to change in 2001, when the Taliban were expelled from the region by the US military. Three years later came the new Afghan Constitution, according to which “Afghan citizens, men and women, have the same rights and duties under the law”. In 2009, the first laws against child marriage and violence arrived. Girls have reached schools, universities and, finally, positions of power. A series of achievements on the verge of collapse.

Few prominent voices in the international press have as much “voice” to express the horror of the Taliban terrorist group’s return to power in Afghanistan as Pakistani activist Malala Yousafzai, the youngest Nobel Peace Prize laureate. leader at 15 for fighting for the right to go to school in a state dominated by Islamic fundamentalism were not gentle:

“We are watching in shock the Taliban take control of Afghanistan. I am deeply concerned for women, minorities and human rights defenders. Global, regional and local powers must demand an immediate ceasefire, provide emergency humanitarian assistance and protect refugees and civilians. wrote the activist.

Since her recovery, Malala, now 24, has become an icon in the struggle for human rights, especially for women. And if there is one thing that your personal history, as well as that of countless militant victims of Islamic radicalism – as Professor Yasmine Mohammed, forcibly married to an Al Qaeda terrorist – unmistakably shows, it is is the inherent misogyny of these terrorist groups, especially the one that has just taken over the government of Kabul after the withdrawal of American troops. No wonder the disastrous operation authorized by President Joe Biden, which delivered images of hundreds of desperate Afghans running to the airport, is of particular concern to women.

Judging by the situation in areas recently occupied by the Taliban, where reports of forced marriages and expulsion of girls from school are increasing, there is no indication that the promise of a “peaceful transition” will be kept. . In the daily New York Times podcast published this Monday (16), an activist trying to escape terrorists sets the tone of despair: “I am ashamed of the countries that said they were there for democracy, for them. women’s rights … And now they’ve just decided to go and let us die. “

In response to the events, US President Joe Biden declared that the US mission in Afghanistan ended with the death of Osama bin Laden, and attributed the weakening of the situation in the country to his predecessor, Donald Trump, who even negotiated a peace deal with the terrorists.

“Another year, or five more years, of US military presence wouldn’t have made any difference if the Afghan army couldn’t or wouldn’t maintain its own country. And an endless American presence in the midst of another country’s civil conflict was not acceptable to me, ”the Democrat’s official statement said.

For war veteran Paul Miller, who served as advisor for operations in Afghanistan and Pakistan under the George Bush and Barack Obama administrations and teaches international relations at Georgetown University, the President’s “excuse” with a air of clemency does not pass. myth.

“The myths about the collapse of Afghanistan – that we were truly powerless and that the mission was always inevitably doomed – deny the reality of US action. Our policymakers made specific policy mistakes that caused direct and preventable damage, including Bush’s foot on the brake, Obama’s withdrawal schedule, Trump’s peace deal, and Biden’s inexplicable withdrawal, which each made the situation worse, ”the expert wrote.

“This is why Biden’s claim that Afghans must start taking responsibility for their own country is so false. He tells a drowned man to take responsibility for swimming while removing the life jacket the man was clinging to … while preaching a heartwarming myth that there was nothing we could have done , at the end. Many Americans are anxious to believe this because it is so much easier emotionally and cognitively to believe the myth of our helplessness than the reality of our own stupidity and moral cowardice.