Afghan women protest for day two to claim their rights 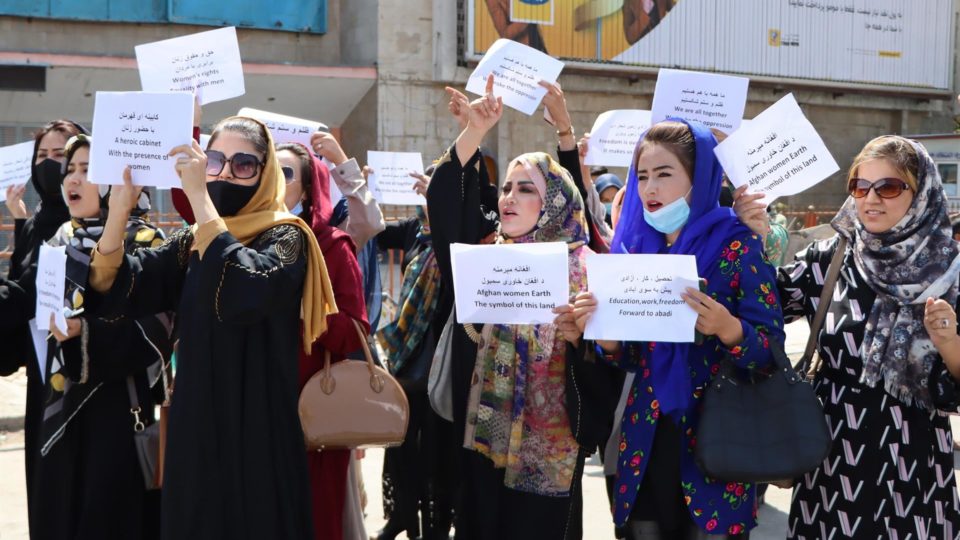 Afghan women demonstrated on Friday for the second day in a row to demand the Taliban for their rights and participation in a future Afghan government.

The protest, involving some 20 women, took place in Kabul just a day after a similar rally in the western town of Herat and, like yesterday’s unprecedented event, also called today for “education , work, freedom “in the new Afghanistan.

Many women still remember the previous Taliban regime between 1996 and 2001, in which they were confined indoors and banned from work or school, which many fear could be repeated now.

The Taliban, who culminated their rapid offensive in Afghanistan on August 15 by taking control of Kabul, have so far not included women in discussions over the new Afghan government, which is expected to be announced soon and which will be led. by Sharia.

“A heroic cabinet with the presence of women” or “Political participation; women, basic law ”are some of the words inscribed on the banners held by the demonstrators, who assured that they were all together against“ oppression ”, and that they would not give up to claim their rights against the Taliban.

The protest received wide coverage on social media, with humanitarian organizations such as Amnesty International stressing how “women’s rights are threatened in Afghanistan (and how they) refuse to remain silent.”

The Taliban have promised that its future government will be “inclusive”, representing all ethnic groups and tribes in the country, but in the case of women, fundamentalist leaders have asked to wait and see what the new guidelines would be.

Distrustfully, the activist had already predicted that this would not be the last demonstration and that women from other Afghan provinces had already contacted her to repeat other demonstrations in the coming days to show her determination for a future of women. having rights.