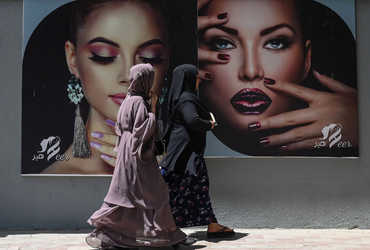 Within four days of the Taliban taking over Afghanistan, the lives of Afghan women have been turned upside down.

While female journalists are deleting their files from computers, female beauticians have started removing posters from outside salons. Female doctors are now shying away from examining male patients.

An award-winning female journalist said, “I don’t dare to go out of my house. I have hidden the awards I have received.”

A teacher in Kabul said, “I don’t know if my job will continue because the Taliban have banned girls from teaching except in primary schools. I wanted my eldest daughters to leave the country, but they didn’t have a passport.” Is.”

On the other hand, 21 countries around the world including the United States, Britain and Canada have asked the Taliban government to guarantee the safety of women.