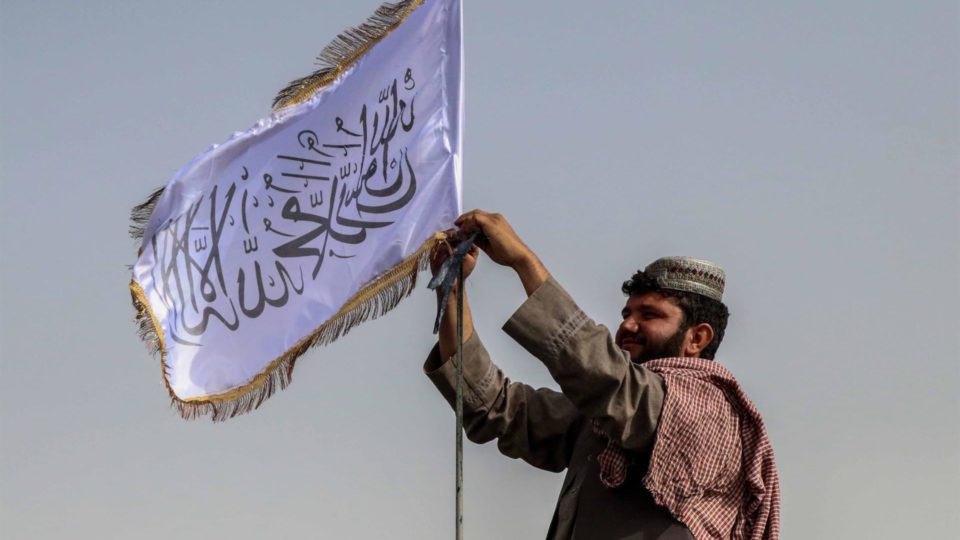 As US President Joe Biden hides in Camp David, the Taliban humiliates the United States. The withdrawal from Afghanistan is our worst foreign policy disaster in a generation. As the Taliban enter Kabul, they murder civilians, reimpose their cruel Islamic law and prepare to turn Afghanistan back into a bandit regime. The United States Embassy has asked Americans to take refuge with them. Refugees flee to the airport, begging to escape the approaching bloodbath. None of this was to happen.

The United States is the world’s largest superpower. He must act as such. But President Biden and his national security team failed even to protect the US embassy in Kabul. They have broken America’s promises to the men and women who yearn for freedom – especially those thousands of Afghans who have served alongside our military and intelligence services. They turn their backs on the women and children who are desperate for a place in the last flights of hell.

The blatant incompetence gave the Taliban a terrible opportunity to slaughter our allies. Eighty-eight thousand of our Afghan allies have applied for visas to leave the country, but this government has only approved 1,200 so far. I was part of a bipartisan group of senators who lobbied Biden to speed up this process, but to no avail. At this point, we don’t know how much we can get out of the country. Every translator and ally who supported us is now in danger.

This bloodshed was predicted. For months Republicans and Democrats on the Senate Intelligence Committee had warned the Biden administration that this would happen. Now the government is acting like it’s a surprise. It is a shameful and dishonest version.

Secretary of State Antony Blinken has been making the rounds on television claiming it was not a disaster. Government apologists can speak and rehearse as they please, but they cannot stifle the cries of women whom the Taliban forces systematically brutalize.

The government naively spoke of a “diplomatic solution”. The Taliban were never interested and broke all the agreements they signed. Just look at recent headlines. Last week alone, 27 children were murdered at the hands of the Taliban. The Taliban executed 22 Afghan commandos as they tried to surrender peacefully. They have made their intentions clear – these butchers are bragging about the massacre online.

Propaganda for the Taliban

The withdrawal of the United States is a major propaganda stunt for the jihadists. The Taliban will claim to be a “superpower killer”. The Taliban helped their allies carry out the 9/11 attacks almost exactly 20 years ago, and after our withdrawal they can brag about humiliating us again.

Make no mistake: the Taliban will exploit any images of the US withdrawal. Photos of desperately desperate Afghans clustered around Kabul’s unprotected airport are painfully reminiscent of images of Saigon – images that cemented Communist victory in Vietnam and showed America’s weakness to the world. The jihadists migrate to the “holy land”, where they have just defeated the “infidels”. Afghanistan will once again become a sanctuary for terrorist groups.

China and Russia will also seek to capitalize on Biden’s weakness and incompetence. Their message is simple: why should Ukraine or Taiwan trust the United States after seeing how Washington abandoned its allies in Afghanistan? America’s enemies salivate at the thought of taking advantage of the president who went into the war on terror.

The sad thing is that a lot in my party [republicano] they try to blame it, as if the last administration hadn’t put us on this path. It’s the plain truth: neither side takes foreign policy seriously. For a decade, demagogues have lied to the American people about our mission in Afghanistan. President Trump launched the exit strategy pursued by President Biden, with disastrous effects.

Politicians and pundits who find excuses for this shameful withdrawal will dishonestly claim that the only options were to go out or fight in the so-called “endless wars”. They claim our only options were massive occupation or immediate retirement. They ignore the reality on the spot. Their cheap arguments led to chaos, persecution, and death.

Politicians do not tell this truth: The United States did not have an occupying force to build the nation in Afghanistan. The last time we had 100,000 troops in the country was ten years ago. We do not wage “endless wars” in Afghanistan any more than we wage endless wars in South Korea, Germany, or Japan – or Kosovo, or Honduras, or any other country where we have forces. deployed. A relatively small number of troops have successfully supported our Afghan allies, providing the backbone of intelligence and special operations missions. Americans were not building empires or fighting invincible battles. We defended aerodromes and beheadings of terrorist organizations, keeping a light track.

Americans have heard of some prominent villains such as Qasem Soleimani and Abu Bakr Al-Baghdadi. But our heroes in Afghanistan have killed many more aspiring bin Laden whose names are unknown – precisely because they were killed before they could bring down a World Trade Center. We fought and won this war in Afghanistan, not on the American shores. But you wouldn’t notice it in the isolationist rhetoric surrounding Biden’s choices.

It is important to recognize the work of our special forces and intelligence officers after September 11. The partnerships they forged with our Afghan allies were based on the idea that the United States is not capable of this kind of betrayal. I’ve had a dozen conversations with U.S. intelligence agents and special agents over the past few weeks, and they’ve told me they’ve sworn to their Afghan recruits that if they fight side by side with the Americans, we would protect their wives and children. These promises are broken. America should be better than that. The Biden government spits in the face of all these heroes, but we owe them a debt of gratitude. The work they did was important, and it still matters.

Our troops did not lose this war. Politicians have chosen defeat. We never had to let the Taliban win, but a bipartisan doctrine of weakness humiliated the world’s greatest superpower and handed Afghanistan over to the butchers.

In the coming weeks, the situation in Afghanistan will worsen. Americans must pray for this troubled country. President Biden must rise, come out of hiding and take control of the mess he has created. Secure the airports and take out as many souls as possible. Hurry up.

* Ben Sasse is a member of the Republican Party and a junior senator from the state of Nebraska, United States.