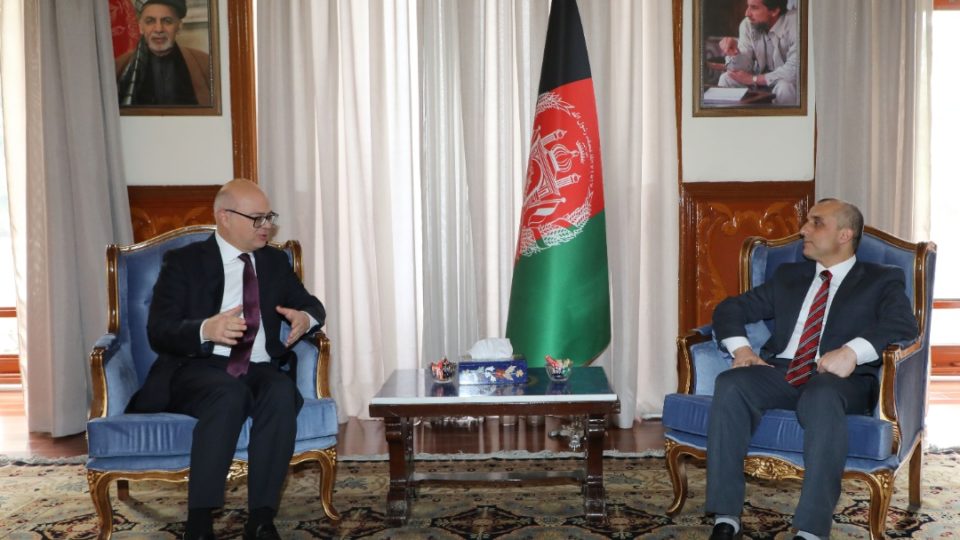 Afghan Vice President Amrullah Saleh (right), in a meeting with the Turkish Ambassador in Kabul, in May 2021 | Photo: Reproduction / Twitter / Amrullah Saleh

Afghan Vice President Amrullah Saleh said on Tuesday he was the country’s “legitimate president in charge” after the Taliban took power and President Ashraf Ghani left the country.

“According to the Afghan constitution, in the event of the president’s absence, flight, resignation or death, the first vice president becomes the president in charge,” Saleh said in a message posted in English on his Twitter profile. “For the moment, I am in my country and I am the legitimate president in charge. I am in contact with all the leaders to ensure their support and their consensus”, he continued.

Saleh had said last week after a security meeting with then-President Ghani that he was “proud” for the military and government and would do everything possible to maintain resistance to the Taliban. President Ghani left the country amid the attack by the extremist group and his whereabouts are unknown.

“I will not disappoint the millions of people who have listened to me. I will never be under the same roof as the Taliban. Never,” the vice president said on Sunday.

Saleh is believed to be in the Panjshir Valley, northwest of Kabul, the last area not controlled by the Taliban.