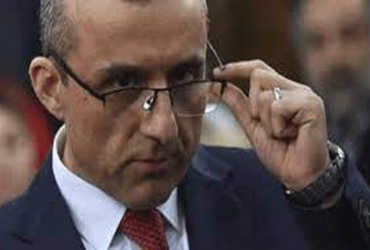 Kabul: The Taliban have established their control over Afghanistan. Under these circumstances, Afghan Vice President Amrullah Saleh is still fighting the Taliban. Fearing the Taliban, he has also burnt the pictures of his wife and daughters.

He recently talked about how the Taliban managed to gain control of Afghanistan. “The chief of police called me the night before the capture of Kabul,” he said in his article. He said there had been an insurgency in the prison and Taliban prisoners were trying to escape. I also created a network of non-Taliban groups in prisons, which I called this network after the Taliban took control of prisoners. After this he called Defense Minister Bismillah Khan Mohammadi and Home Minister on the morning of 15 August, but did not speak to them.

“My chief guard told me that the road leading to Panjshir has been closed,” Saleh said. I said we will fight and just keep fighting. “If I am wounded, I will be shot twice in the head. I do not want to surrender to the Taliban,” he said. Before leaving Kabul, I burnt pictures of my wife and daughters. Took computer and took some essentials. We crossed the northern road with great difficulty, as it had become a chaotic area. We were attacked twice, but we survived.

Saleh criticized Afghan President Ashraf Ghani and other officials, saying they stay in big hotels abroad and expect the poor people of Afghanistan to face the Taliban. If someone rebels, there must be someone to lead.