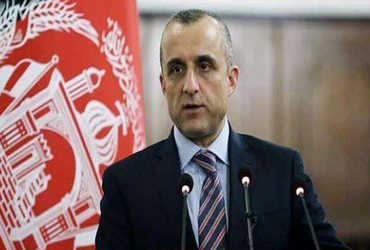 Three hours after the radical Taliban took control of Afghanistan, another major dramatic turn in politics took place. Newly elected President Abdul Ghani and some government leaders have fled Afghanistan and have taken refuge abroad, but Amrullah Saleh, who has so far held the post of vice president in the Afghan government, is not ready to bow down to the Taliban at any cost. He also said that he is currently inside the country and is legally the acting President. I am reaching out to all the leaders for their opinion and support. In another tweet, Saleh has no point in talking to America, we Afghans must prove that Afghanistan is not Vietnam. We have not lost trust in the US and NATO.

Taliban leaders said Afghanistan would be in their hands once they captured Kabul and posed for photographs in the palace, but Vice President Saleh has challenged this. He has previously said that he will not bow down to the Taliban under any circumstances. On August 15, Saleh tweeted that he would not be willing to betray the legacy and soul of his great leader, Ahmed Shah Masood. He vowed that he would not betray anyone who believed in him and declared that he would not be with the Taliban under any circumstances. The question of Saleh now declaring himself the President of Afghanistan has become complicated. According to the Constitution of Afghanistan, the Vice President takes over the reins of the country as a refugee who is killed, murdered or fleeing abroad.

Thus, the Taliban have captured most of Afghanistan. In many places, they have not faced any resistance. Amarulla, who survived the lone battle, has now moved to the Panjshir Valley, 30 km northeast of Kabul. Panjshir Ghati is an area where the Taliban could not win even 20 years ago. The Panjshir Valley remained invincible even during the Cold War era between the US and the Soviet Union when Soviet troops invaded Afghanistan. Vice President Amarulla comes from this Panjshir valley. The roads of Panjshir Ghati and the surrounding area surrounded by mountains are so inaccessible that it is not possible to attack the land. The Taliban also knows that the local people of Panjshir Ghati are heavy fighters and will never allow them to win. The time to come will be crucial for the history of Afghan politics.