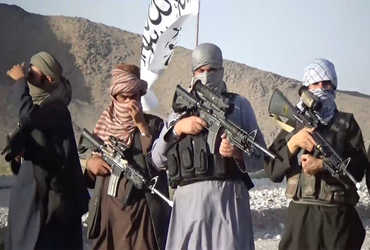 Taliban terror is spreading in Afghanistan. Taliban militants on Friday killed Dawa Khan Minapal, the top media and information official of the Afghan government. Dawa Khan Minapal was the chairman of the Government Media and Information Centre.

The Taliban’s grip on Afghanistan is increasing. Taliban terrorists continue to target and kill the government, government officials and government supporters.

Withdrawal of US troops boosts Taliban intent in the Taliban

The Taliban are occupying some highways and border posts in provinces such as Herat, Farah, Kandahar, Kunduz, Takhar and Bagakhshan, which connect Pakistan, Iran, Tajikistan and Turkmenistan. The Taliban is also running a parallel government in Afghanistan.

India wants peace in Afghanistan. Afghan Foreign Minister Mohammad Hanif sought immediate help from External Affairs Minister S Jaishankar. India’s focus is on Afghanistan. India has not been invited to the important meeting called by Russia on Afghanistan. The US, China and Pakistan are expected to attend the meeting in Qatar on August 11.