Afghan girls forced to leave Kabul to marry at airport 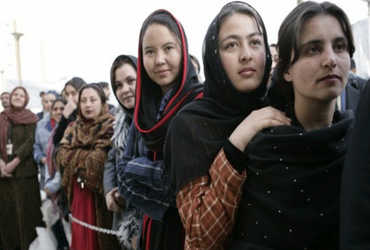 Kabul: When the Taliban captured Afghanistan, thousands of people wanted to flee the country. The tales of his helplessness are now coming to the fore. Women faced the most difficulties in leaving Afghanistan. Many Afghan girls were forced to enter Kabul airport to go abroad.

At Kabul airport, lonely young women and girls were having trouble getting in. As a result, many young women were forced into marriage. Apart from this, when many women showed their husbands to many men, they got entry in the flight.

The US State Department is seeking the help of its officials available in the UAE in this matter. Along with this, women who reach America in this way are also being searched. After the Taliban took over Afghanistan on August 15, questions were raised about the future of women in the country. Most of the flights departing from Kabul airport had a higher number of male passengers. Also, more importance was given to those accompanying his family.

The fears that women had expressed about their future are now coming true. The Taliban have now banned women from working in Afghanistan. Furthermore, young men and women cannot study together.